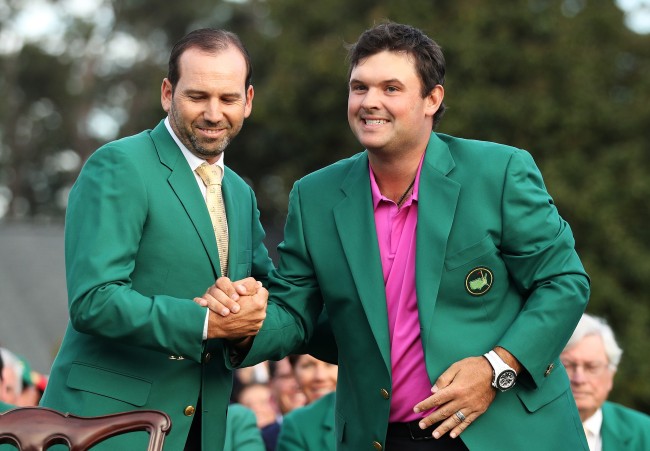 Patrick Reed is the reigning Masters champ, but his quest to become the first back-to-back winner since Tiger Woods did it in 2001 and 2002 — and is one of only three golfers ever to accomplish the feat — could already be in jeopardy because of a very strange (and sad) circumstance. That’s because Reed’s estranged parents, who he hasn’t talked to in at least five years, could make an appearance at this year’s tournament, and it’s sort of already messing with Patrick Reed’s psyche.

To put it in perspective, Patrick Reed, whose parents actually live just five miles from Augusta National Golf Course, haven’t had their only son step foot in their home in at least half of a decade, although it’s unclear what the exact reason for the two sides being estranged is. Some believe it’s related to Reed marrying his now wife too young — he was just 22 years old when they wed — and, since then, communication has been cut-off.

The New York Times detailed why Patrick Reed’s parents showing up is such an issue, and why just the thought of them arriving to The Masters could present a problem on his performance.

Easily the worst distraction that Reed faces any week, but especially this one, when he will defend the Masters title he won last year, is the possibility that at any moment he will look up and come face-to-face with the most painful chapter of his life.

Reed’s parents live six miles from Augusta National Golf Club, in a two-story, Southern-style Colonial replete with a bedroom shrine to their first child and only son, who hasn’t stepped foot in the house since 2012. This week should be a joyous homecoming for Reed, who led Augusta State (now Augusta University) to back-to-back national championships and will preside over Tuesday’s legends-laden Champions dinner. But instead it has all the makings of a nightmare, with his acrimonious relationship with his family threatening to become as much a part of this year’s Masters narrative as his attempt to become the first golfer since Tiger Woods in 2002 to successfully defend his title.

Patrick Reed has a reputation to some as being a bit of a jerk — something we pointed out a few years ago — so there might not be too many golf fans out there who feel badly about the possible distraction. But, for someone to be estranged from their family and have such success is never something to celebrate, so, whether the Reed family shows up or not, here’s to hoping the two sides can put any differences aside and move on from whatever prompted this to begin with.

While Patrick Reed’s not one of the favored golfers at Augusta this week, currently sitting with 60-to-1 odds, he’s shown that he can win at The Masters, and the quest to do so for a second-straight year might already be over before it starts with the news that his parents might show up.