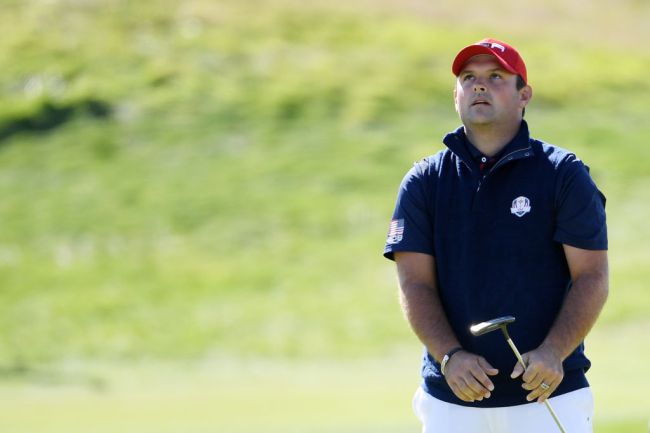 Patrick Reed’s name wasn’t called when U.S. captain Steve Stricker made his six captain’s picks for the upcoming Ryder Cup. While we haven’t yet heard anything from Reed about not being picked, he made his feelings known by going on a huge liking spree on Twitter.

When it comes to the majority of golf fans out there, the reaction to Reed missing out on the Ryder Cup was pretty consistent. Most folks thought other players were more deserving of the final spot on the team, so they were fine with Reed’s absence. It’s also worth noting that he was in the hospital not long ago battling double pneumonia where he actually said he and doctors feared Reed could have died.

Reed of course felt like he deserved to be on this team. After all, he’s 7-3-2 all-time at the Ryder Cup and is unbeaten in singles matches. So, him liking tweets from random people on Twitter both showing support toward him and bashing Stricker’s decision shouldn’t be all that surprising.

Of cooooourse this is what Patrick Reed’s likes look like right now. pic.twitter.com/VilZYkyv5n

Reed’s Upset, And Understandably So

You can’t blame Reed for being frustrated about missing the Ryder Cup. He didn’t earn the nickname ‘Captain America’ because he’s some big superhero fan, he’s a pretty consistent killer when it comes to match play and has undoubtedly been one of the more consistent Ryder Cup performers over the last few events.

There may still be hope for Reed to make the American team. If Brooks Koepka can’t give it a go after he picked up a left wrist injury at last week’s Tour Championship, one might imagine Reed would be the first person Stricker would call to fill in that roster spot. There aren’t signs of that happening yet, but we’re still a couple of weeks out from the start of the Ryder Cup.