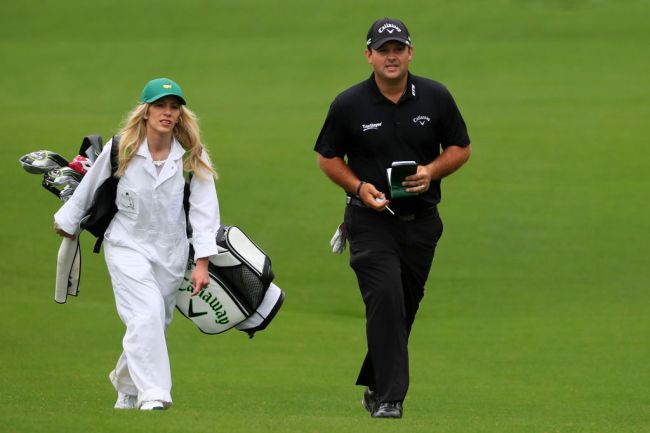 Most golf fans look at Patrick Reed as a villain of the game. While there’s no denying he’s an elite player, his troubled past during his college days at Georgia, his building of sandcastles at the 2019 Hero World Challenge, his asinine drop at this year’s Farmer’s Insurance Open, and his ‘keep to myself’ attitude has created that persona. Oh, and you can’t forget about @usegolffacts on Twitter, which most allege is an account run by either Reed, his wife Justine, or it’s just a passionate Reed supporter that’s a pro at stirring the pot.

Like Reed or not, you can’t deny that he’s remained true to himself ever since bursting on the scene. He’s tamed the cockiness down quite a bit over the years, but he hasn’t been able to duck the controversies out there.

Reed recently sat down with Golf Digest for a lengthy interview and addressed a number of hot button topics surrounding his name. While most of the answers were media-trained phrases, he did share the story about he and his wife Justine met, and the story is an interesting one that actually starts with her sister, Kris.

“I was a freshman at the University of Georgia, and her younger sister, Kris, was at LSU. Kris came to visit, and we went on one date, and I texted her to confirm she’d made it back home safe. No response. So I reached out to Justine on Facebook, who confirmed her sister was back and got frank with me about why it was probably not going to work out,” Reed explained. “So I start talking with Justine, who I discovered is this incredibly driven person who was pursuing dual degrees while working to become a nurse. We kept talking as a couple of years went by; then we started dating. Best decision of my life.”

While most love stories don’t begin by being ghosted by your wife’s sister, plenty of love stories these days do start with a Facebook message, I guess. I’m sure it wasn’t awkward at all for Kris when Justine started dating Patrick.