Patriots And Colts Have Reportedly Shown Interest In Marcus Mariota 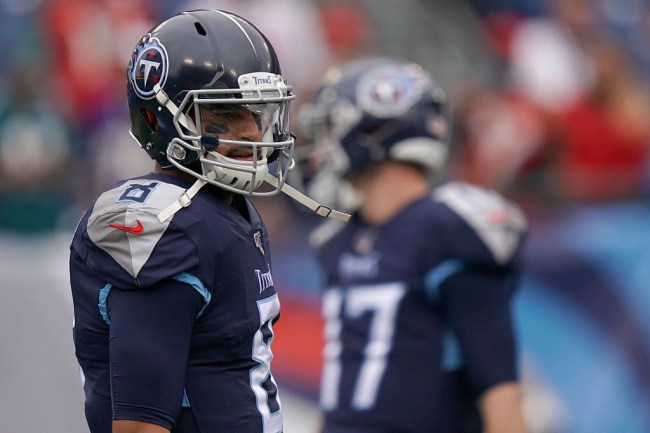 Marcus Mariota is soon to become a free agent after five seasons with the Titans and according to reports, two AFC teams have shown interest in possibly acquiring his signature.

According to Tony Pauline of Pro Football Network, both the Patriots and Colts have been courting the former second overall pick.

Keep this in the back of your mind – with all the uncertainty surrounding Tom Brady, the New England Patriots are showing interest in soon to be free agent quarterback Marcus Mariota. The former first-round pick is being courted by several teams who may have an open competition at quarterback. I’m told the Indianapolis Colts have also shown interest in Mariota – just in case.

Mariota is fresh off of the most difficult season of his career after being benched by the Titans and losing the starting job to Ryan Tannehill. He played in just seven games last season after playing in a total of 56 games over the previous four years.

It would be extremely interesting to see the Colts sign Mariota as Tennessee and Indianapolis are rivals in the AFC South. It would also make sense for the Patriots to be interested in Mariota because in case you haven’t heard Tom Brady’s time as a Patriot may be up.

Imagine the scenario of Brady signing with the Titans, a rather strong possibility, and Mariota taking over for the Pats.

Mariota will likely be courted by a few other teams around the league that are looking for a legitimate quarterback competition going into next year.