The Patriots Choose To Wear Road White Uniforms For The Super Bowl, And For Good Reason 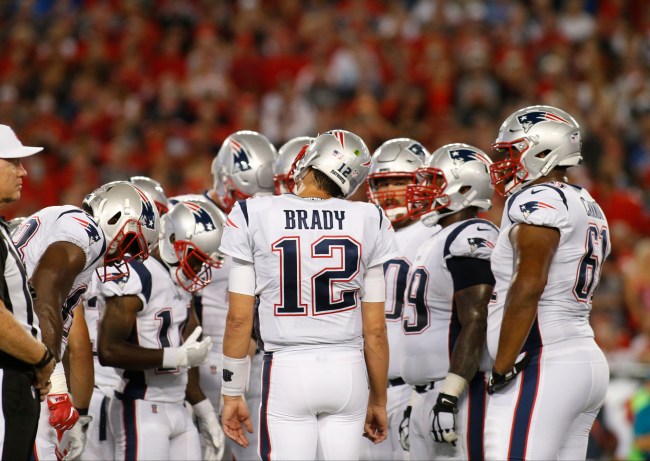 The Patriots have chosen to wear their road white uniforms for Super Bowl LII. On the surface, the only one who should care about this news is my girlfriend, who thinks Tom Brady looks sexier in white. But, if you’re even the least bit superstitious, there is a convincing stat that would warrant the choice. According to ESPN’S Mike Reiss, the team wearing white jerseys has won the Super Bowl in 12 of the previous 13 seasons. That’s a 92.3% winning percentage.

Home team, away jerseys.#Patriots elect to wear white for #SuperBowl; team is 3-0 in white in Super Bowls under Bill Belichick. #GoPats #NotDone pic.twitter.com/nnBNqSzrlW

The Patriots got to choose which uniforms they wanted to rock because, seeing as Super Bowl LII is an even numbered SB, the Patriots are the home team. This is the fifth time the Patriots have been the home team and the first they have ever elected to wear white instead of the home blues. The Patriots  are 3-1 in Super Bowls when wearing white uniforms, including the last two and are 3-0 under Bill Belichick, WEEI points out.

The Pats were rocking blues in both of the Super Bowl losses to Eli Manning and the Giants. A helmet catch and Mario Manningham’s sideline bomb. You don’t have to be superstitious to elect to distance yourselves from those memories.