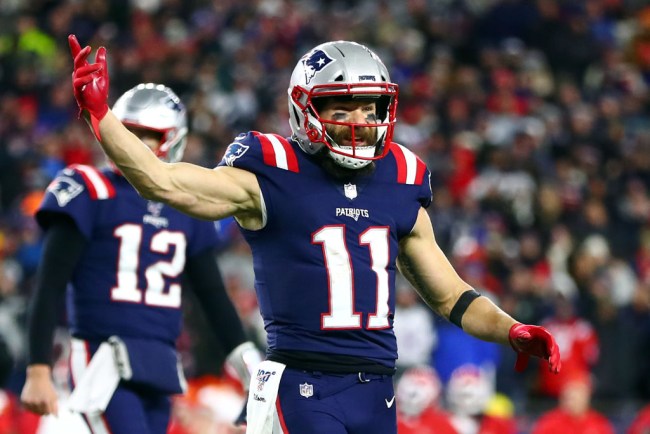 The Patriots are one of seven teams in the NFL set to make uniform changes ahead of the 2020 season and New England revealed its ‘new look’ on Monday morning. It’s not necessarily new, however, as the Pats are making their color rush alternate uniforms their new primary look.

The NFL actually discontinued color rush before the 2018 season, but the Pats kept their’s as the team’s alternate uniform through last season and now they’ve adopted it as their primary uniform. Chief marketing officer Jen Ferron explained that these changes have been in the works since 2018 as the NFL only allows teams to make uniform changes every five years.

The Pats are 6-1 when wearing the color rush uniforms.

The look we love, promoted to primary.

“As we started to think about the 2020 season and a new decade, we began to envision what we wanted our uniforms to reflect. The success of the ‘Color Rush’ uniform that we’ve worn for the past couple of years had us thinking that we didn’t need to make real substantive changes, rather we could make modest changes to our home uniform and then use a complementary version with those same aesthetics for our away uniform,” Ferron said.

The new jerseys will also include other minor changes, specifically with the fonts on both the numbers and nameplates. The team will also debut new red, white and blue color-blocked socks.

So, not only will the Patriots have a quarterback under center not named Tom Brady this season they’ll also be donning a new look each time they take the field.

Related: Everyone Is Making The Same Joke About The Falcons’ New And Not So Great Uniforms