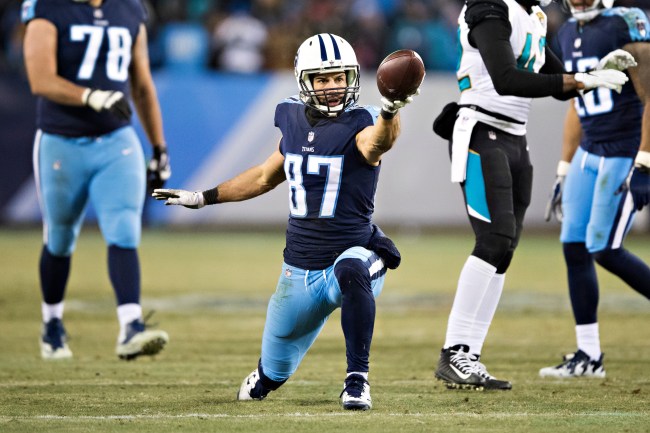 The Patriots added even more depth to their receiving core with the addition of veteran receiver Eric Decker.

According to Adam Schefter, the reigning AFC Champions are signing Eric Decker to a one-year deal after the 31-year-old worked out with the team earlier this week.

And it’s neither here nor there, but is there now a better looking QB-WR combo in the NFL than Tom Brady and Decker?

Yo Schefty, put your hog away.

Decker has struggled the past two seasons, primarily due to hip and shoulder injuries. Last season with the Titans, Decker hauled in just 54 passes for 563 yards and one touchdown in 16 games–a far cry from his 2012-2015 campaigns when his production was great:

With the Patriots receiving core riddled with injuries–Kenny Britt (hamstring) and Malcolm Mitchell (knee)–Cordarrelle Patterson new to the Patriots Way, and Julian Edelman approaching a four-game suspension for PEDs, Decker could return to his form of yesteryear if he and Brady get in a rhythm.

One of Eric Decker's best games last season came against the Patriots in the divisional round. Six catches on seven targets for 85 yards.

Eric Decker to the #Patriots. Fellas, you wanna take your girl to a Pats game? Think again. pic.twitter.com/teTiiTKjzW