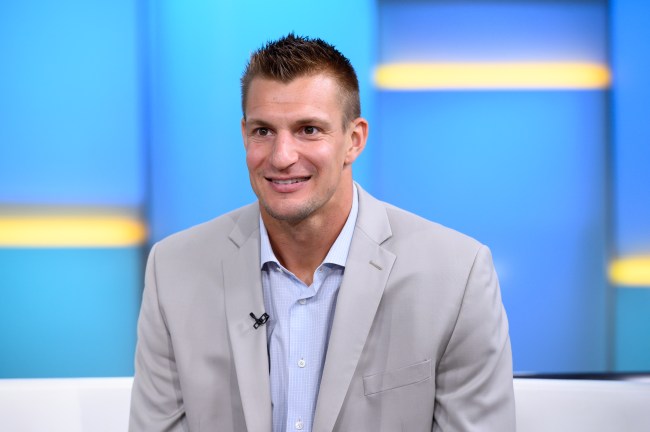 Back in March, former New England Patriots tight end Rob Gronkowski announced that he was retiring from football with this heartfelt Instagram post.

Since then there have been several reports that he was taking some time off but might be willing to make a comeback later in the year.

The belief is that once the season gets going, and Gronkowski starts missing football, he will rejoin the team. It’s not just a hunch, sources say; you can count on it

This week Gronk was hired by Fox as an analyst and he made his debut tonight before the Pats Thursday night game against the Giants. Before Gronk appeared on the show, Pats owner Robert Kraft sat down with Fox and revealed that Gronk had not yet officially filed his retirement papers.

#Patriots owner Robert Kraft on @nflnetwork just now: “We all love Gronk and I think the bottom line is, he hasn't put his retirement papers in. We can always pray and hope …. That's a good academic argument that there is hope for us still with Gronk."

Gronk would go on to confirm that he would ‘always keep the door open for a comeback.

Rob Gronkowski on returning from retirement on Fox NFL Thursday "I would have to be feeling it, feeling it big time to come back. It's always going to be open in my mind….I'll always keep the door #Patriots pic.twitter.com/YiycsfnVr2

As much as I’d love to see Gronk make an NFL comeback he seems to be pretty good at the whole TV thing.