Paul Pierce Walks Back Prior Admission, Claims He Did Not Poop His Pants During 2008 NBA Finals 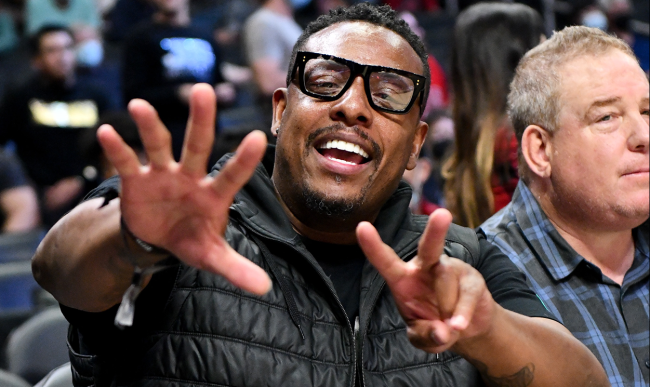 On June 5, 2008, Boston Celtics forward Paul Pierce had to be taken off of the court in a wheelchair. It was the third quarter of Game 1 of the NBA Finals, and he returned to the game minutes later.

Ever since that day, Pierce has been mocked for faking the injury. In fact, there are very few people who do think that Pierce was truly injured.

One of my favorite Inside the NBA moments is when they clown Paul Pierce about the "Wheelchair" game pic.twitter.com/aVGjj4if8r

Not only do people not believe Pierce, but a conspiracy theory has been widely accepted as truth. The theory is that Pierce defecated his dungarees during the game and had to get helped to the locker room to change his pants.

In fact, ahead of Game 3 of the 2019 NBA Finals, Pierce even alluded to the idea that something happened where he was unable to control his bowels.

However, two years later, Pierce has back tracked on his admission. He joined Michelle Beadle on her podcast ‘What Did I Miss’ to discuss the poopy pants.

Pierce asked why, if he had pooped his pants, he would proceed to sit down in a wheelchair and mush the poop. Fair point.

"Why would I need a wheelchair if I pooped my pants?"

“If you poop your pants, does it make sense to sit down and mush it in a wheelchair?”

Although Pierce does raise an interesting question, because he is right about the mushing, why would he have admitted that he just had to go to the bathroom back in 2019?

It seems like Pierce has put some thought into this. He says that he gets made fun of every day “on his internet” and “can’t believe that people really believe” that he pooped his pants.

The mystery continues, I guess?