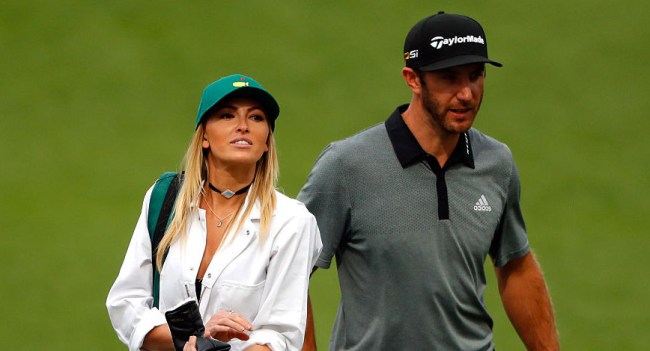 New reports from gossip sites claim that a California socialite named Yassie Safai is allegedly the cause of Paulina Gretzky deleting all traces of Dustin Johnson from her Instagram account.

Safai, 39, who lists golf as a main interest on both her social media profiles, and uses a golf photo of herself as her profile photo on Twitter, coincidentally began retweeting some of Dustin Johnson’s tweets this past April.

She also lists herself as a Vice Golf Ambassador on Instagram.

Johnson and Gretzky are regular visitors to the exclusive Sherwood Country Club near Los Angeles, where Safai’s partner, Michael Humbarger, is also a member.

She is reported to have caught the golfing bug in a big way, and has regularly re-tweeted messages detailing Johnson’s exploits on the course.

Gretzky’s parents, Canadian ice hockey legend Wayne and wife Janet, own a mansion at Sherwood, and are said to be furious at the way the scandal has erupted.

Another Sherwood member, who did not want his identity revealed, commented: “It is the talk of the club that Yassie is at the centre of the split, and it has caused the Gretzky family a lot of heartache.

“Yassie is very ambitious, and is keen to be seen as the ultimate golf chick — but I’m not sure if being involved in something like this will help or hurt those ambitions.”

If Paulina’s mom Janet is “furious” with Dustin Johnson, at least she hasn’t gone the route of her daughter and deleted DJ from her Instagram account…yet.

Congratulations Dustin we are so happy for you 🇨🇦 🏆 🇨🇦 love you ♥️

@djohnsonpga @paulinagretzky @austin_johnson12 and folks this is why he is #1!!!!! Congrats Dustin we love you ♥️ #hardworkpaysoff

Gretzky was reportely not in attendance at this week’s BMW Championship in Philadelphia. Johnson will be competing in the Ryder Cup in about two weeks. We’ll see if he is also alone there, which would be odd considering Gretzky’s past attendance at that event.