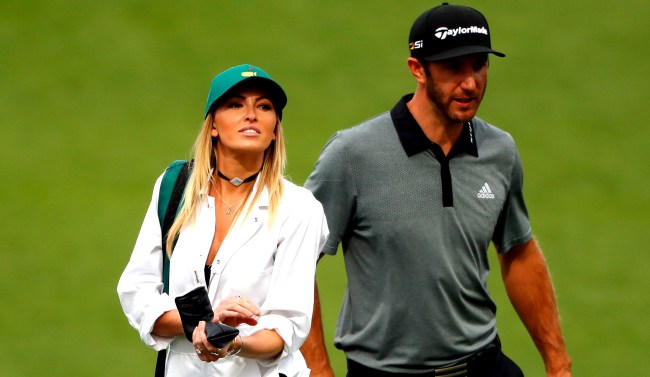 Paulina Gretzky, daughter of The Great One Wayne, has been engaged to 2020 Masters champion Dustin Johnson for over seven years now.

And yet, they’re still not married – which she says sometimes confuses people.

Speaking to the Netchicks podcast, which is co-hosted by her sister-in-law Sara Gretzky, Paulina explained.

“I don’t know if people know if me and Dustin are really married or not. We’re not. We’re so in love,” said Gretzky.

“I feel like everyone is like, ‘What is it? Is he not wanting to or she not wanting to?’ It’s so stupid,” she continued. “Being just with kids and being happy, I don’t want anything from Dustin other than I love him.”

Gretzky also talked about how she feels like, being the daughter of the greatest hockey player ever and the fiancee of the current number one golfer, she has to tone things down a little bit.

“You have to always be reserved. The most important thing is the thing that they worked hardest for, my dad worked his whole life,” Gretzky shared.

“He deserves everything, he doesn’t deserve a brat that gets to be like a crazy person. I never got to be a kid.Not to say I am missing out on things — I had the best life ever — but it’s hard to always have to censor myself when I just wanted to be like everybody else.

“One night I was at this club and I had a nip slip, and I was crying.”

In case you were wondering, Paulina asked the photographer not to release the picture and he didn’t because he said she was “one of the kindest people I’ve ever talked to.”

Listen to Gretzky’s entire interview below…