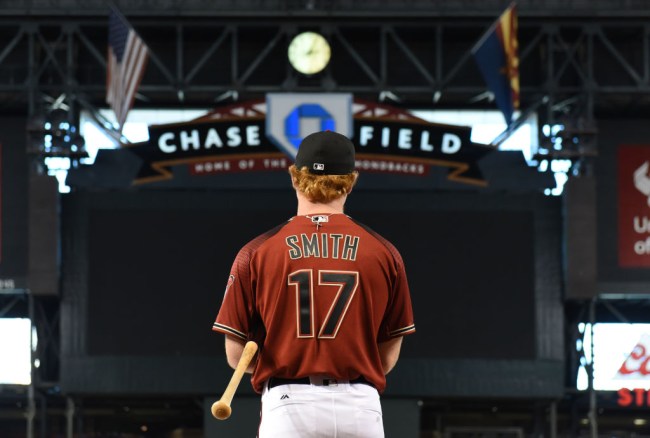 He’s only 21-years-old, and he just completed his first season in the Minor Leagues where he batted .318 with 27 RBIs in 51 games for the Hillsboro Hops (Hillsboro, Oregon), a Single-A affiliate of the Diamondbacks in the Class A-Short Season Northwest League. Before heading to the Pacific Northwest to play First Base for the Hillsboro Hops, Pavin Smith received a MASSIVE signing bonus check from the Diamondbacks. Players drafted in the 1st Round typically receive signing bonuses worth several million dollars, and Pavin Smith cashed a check for $5,016,300.

That’s some serious money in the bank for a 21-year-old and nobody would be shocked if he mishandled those funds. But instead of blowing that cash on a hot rod, jet-ski, and McMansion like Kenny Power this bro surprised his parents by paying off their mortgage for Christmas this year. He surprised his parents with an emotional letter explaining what he was doing. Be prepared for the room to get dusty after you hit play on this video:

Thank you for everything you have done for me! This doesn’t make up for any of it. Love you both so much. Our home is finally all YOURS. Merry Christmas! pic.twitter.com/h9wog2HfHv

Suddenly I feel like shit for not buying my parents the world for Christmas this year. This is the ultimate bro move right here. Striking gold and paying it back to the people who helped you build the mine. That’s living the dream right there.