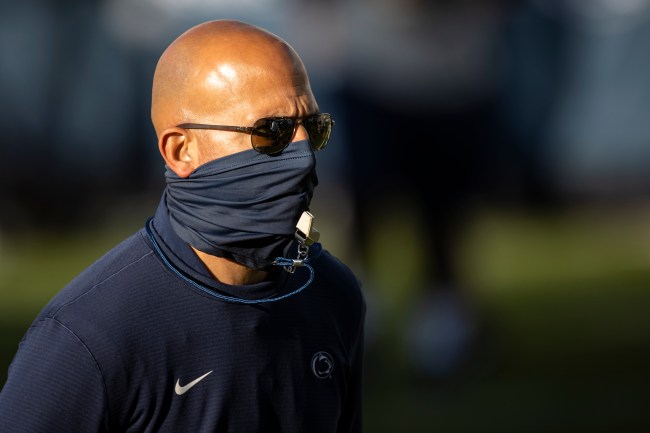 It’s been a tough year for the Nittany Lions. After finishing 11-2 in 2019, Penn State began the 2020 season ranked No. 7 in the Preseason AP Poll. Starting quarterback Sean Clifford was supposed to lead the team to National Championship contention and potentially challenge Ohio State for a Big 10 title.

That has not been the case through the first four games and it only got worse on Saturday, when a comeback bid fell short to Nebraska. True freshman quarterback Luke McCaffrey, brother of Carolina Panthers running back Christian McCaffrey, got his first start for the Corn Huskers and opened the scoring to go ahead 7-0. On the proceeding possession, Clifford threw an interception.

The scoring continued for the home team and Clifford’s bad day turned worse as he fumbled away a touchdown to fall behind 24-3. He was benched for the remainder of the game after the turnover.

🚨 SCOOP AND SCORE 🚨@HuskerFBNation comes up with ANOTHER big defensive play to extend their first half lead pic.twitter.com/bDuhhQclf3

Sophomore Will Levis attempted to bring the Lions back and came awfully close, but two turnovers on downs inside the redzone sealed the deal for the Huskers. With the loss, head coach James Franklin’s bunch falls to 0-4, marking the fourth time in FBS history that a preseason top 10 team began the season winless through four games.

The most recent team to do so was 1984 Pittsburgh, which was preceded by 1976 Arizona State and 1954 Illinois. It is an unusual year, as the early portion of the schedule would typically feature winnable non-conference games, and the COVID-19 constricted schedule is conference-only. Even still, there are glaring issues that need to be corrected in (not so) Happy Valley.

No preseason top 10 team has ever gone 0-5 out of the gate, but Penn State faces a rolling Iowa team next weekend and it isn’t out of the realm of possibility.