Percy Harvin Talks About Anxiety, Says He Was High For Every Single Game He Played 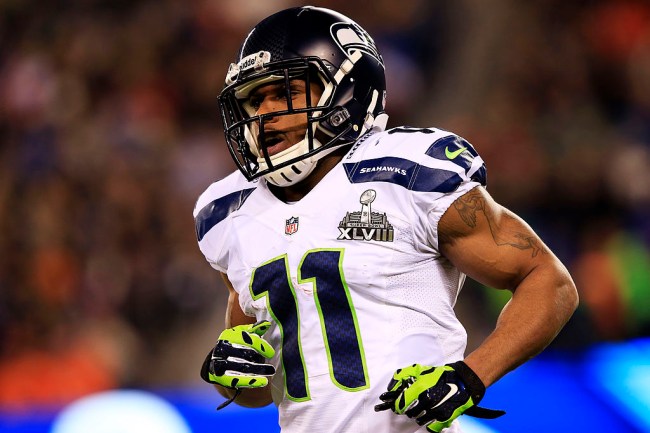 Percy Harvin last played in the NFL in 2016 with the Buffalo Bills, but I think most football fans these days remember the former Florida standout. The guy had elite speed, was a dynamic return guy and was a very productive wideout early on in his career with the Minnesota Vikings.

In March of 2017 he officially announced his retirement from the game, for the second time, and has opened up about battling anxiety. Harvin battled injuries and migraines throughout his career and may be the most ‘what if’ player in the NFL over recent years.

Harvin caught up with Bleacher Report telling them that there wasn’t a game he played where he wasn’t high from smoking marijuana.

“Now you’re looking at a guy that was at the Mayo Clinic and I had at least seven prescriptions that I was supposed to take, from Zoloft and all the other ones I was taking. And the only thing that really seemed to work is when I would smoke marijuana.

There’s not a game – there’s not a game I played in that I wasn’t high…It’s not a stigma and, you know, people doing it and getting into trouble, it’s people just living a regular life that just got deficiencies or just maybe want to enjoy themselves. It’s a natural way to do so.”

Harvin said that even when he was diagnosed with an anxiety disorder he didn’t acknowledge it, but noticed it when he started speaking or going to press conferences.

Talking about smoking before every game wasn’t the only thing that came out of the interview, Harvin also confirmed the rumor that he punched fellow teammate Golden Tate the day before Super Bowl XLVIII after he didn’t like the way he answered a media member’s question about him.

Harvin missed the NFC Championship due to a concussion and a reporter asked Tate about what it meant for the team to have him return for the Super Bowl. Tate responded with “we made it here without him, so you know, whether he plays or don’t play, you know, we’re gonna be good.”

Harvin didn’t like that answer too much and confronted him in the locker room and decided to punch him minutes before team pictures.

Interestingly enough, Marshawn Lynch played peace-maker in the situation and calmed both guys down. The story ended with Tate and Harvin making amends before the Super Bowl which of course featured Harvin taking back a kickoff in the second half with Seattle dominating Denver 43-8.