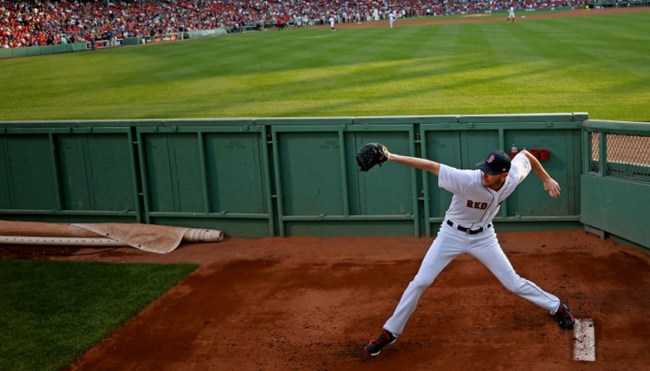 In 1980, the world was introduced to an organization dubbed “People for the Ethical Treatment of Animals” which is one of those monikers where you can’t really say, “No, I don’t support that cause” without coming off like a pretty terrible person.

More than four decades later, the nonprofit more commonly known as “PETA” boast more than 9 million members around the globe after constructing a foundation primarily built on a long line of shameless publicity stunts. In doing so, it’s repeatedly proven the road to the most insufferable hell imaginable is paved with good intentions (as well as the corpses of the tens of thousands of animals PETA has euthanized at a shelter it operates in Virginia over the years).

It’s not exactly a secret that PETA’s lifeblood is the publicity it drums up with the over-the-top protests and outlandish proposals it dreams up, which are expertly designed to rile up the general public thanks to their varying degrees of absurdity. As a result, I’ve found the best approach to dealing with their antics is to treat the organization like a panhandler on the subway by ignoring its existence entirely, but you can only push a man so far before he inevitably breaks.

Take, for example, this commercial featuring a bunch of cartoon animals kneeling while “The Star-Spangled Banner” plays in the background that PETA whipped up before Super Bowl LIV.

I might’ve been speechless after I saw that for the first time, but I sure as hell couldn’t not write something about it after my brain recovered from being short-wired while watching it.

Now, PETA is shamelessly attempting to leverage another championship sporting event for attention with a proposal it rolled out on Thursday following the second game of the World Series. Based on an email that appeared in my inbox this morning, it apparently spoke to a bunch of male cows with a proficient grasp of the English language who are sick and tired of the term “bullpen”:

“As the World Series turns into a pitching duel, PETA is pitching a proposal to the baseball world: Strikeout the word “bullpen,’ which references the holding area where terrified bulls are kept before slaughter, in favor of a more modern, animal-friendly term. PETA’s suggestion? The arm barn!

PETA notes that cows are hung upside down and their throats are slit in the meat industry, while in rodeos, gentle bulls are tormented into kicking and bucking by being electro-shocked or prodded—all are typically held in a ‘bullpen’ while they await their cruel fate.”

That’s right, folks: if you want to be Politically Cowrrect (I’m so, so sorry), it’s time to do away with “bullpen” and embrace the “arm barn. This, of course, is the perfect solution because—as we all know—barns are naturally-occurring habitats where no animal has ever had to worry about being harmed or mistreated by a human.

PETA really nailed it with this one.