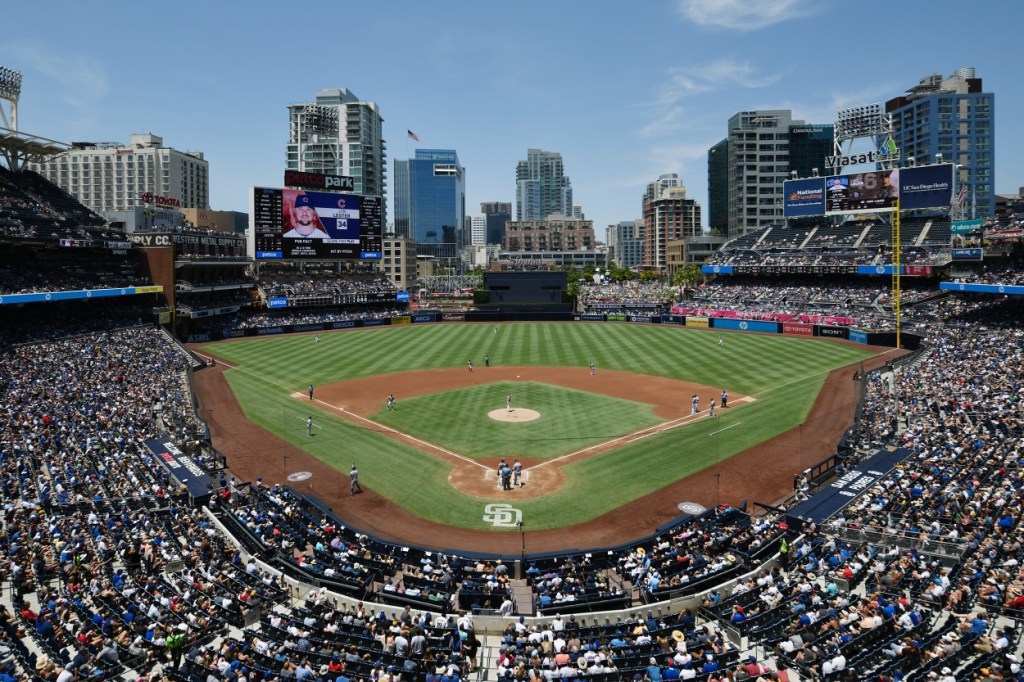 According to San Diego’s local news station, Fox 5 San Diego, the witnesses were stunned at first and assumed it was a member of the grounds crew. To be fair, that’s the exact response any normal person would have. Assuming that someone just rolled into the Petco Park in an SUV would be the last thing on any normal person’s mind until, of course, the driver started tearing up the field doing donuts.

While the driver was tearing up the infield, the grounds crew workers were able to block the driver’s exit using a forklift. They then made a citizen’s arrest until the police arrived. This footage below has been tweeted throughout the weekend with everyone stunned at how it could possibly happen.

A Ford Bronco got out onto the field at Petco Park in San Diego and totally destroyed it. He was arrested for felony vandalism. This video is infuriating.

According to Fox 5 San Diego, there aren’t many details on who the driver was and how he was able to enter Petco Park in the SUV. Fan theories and reactions were all over the place after the footage went viral.

It seems lazy to joke that this was every fan’s dream, ripping it up on perfect terrain in an SUV. But that’s the sentiment shared but a lot of folks on social media, that this driver was ‘living the dream’ despite being arrested on “suspicion of felony vandalism.”

Hosmer going all George Costanza out here trying to get dealt…

Is Machado still ticked off about last season? pic.twitter.com/O0QFLv08yk

At least someone is using the field during this lockout. Maybe some of the Padres can pray for this dude's forgiveness.

No grass, no issue here. Sometimes you gotta let the Bronco eat.

Not everyone is made about the Petco Park footage…

You’re probably too young to remember this but the fact that it’s a white Bronco somehow makes it better.

My biggest takeaway here is Major League Baseball stadiums could probably charge wealthy fans a fortune to do this. There are people out there who would pay an arm and a leg for the chance to do this legally.