A Heated Pete Alonso Talks On Cardinals Cheap Shot, ‘I Could’ve Put Someone In The Hospital If I’d Wanted’ 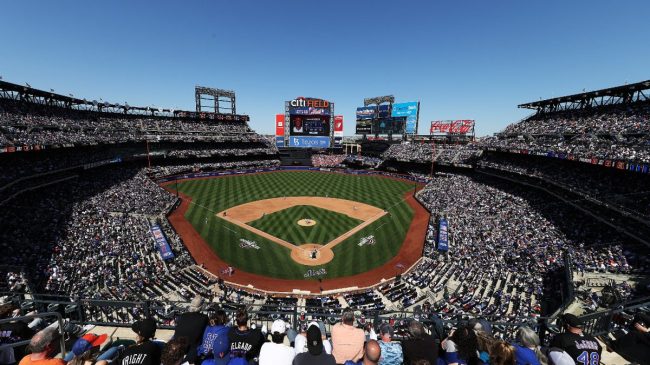 The Cardinals and Mets got into a benches-clearing brawl on Wednesday after a number of players were hit by pitches. The finale brough fireworks in a series that was heated from the get-go.

Mets pitcher Yoan Lopez threw some chin music to Cardinals third baseman Nolan Arenado, resulting in both dugouts rushing onto the field. A tussle ensued, as well as some ejections, in what wound up being a 10-5 St. Louis win.

This, of course, was a direct retaliation to Mets slugger JD Davis being hit in the top of the same frame, but if you’ve been watching this series over the last few days, you know that it began much before then.

On Tuesday, a number of Mets hitters were drilled by Cardinals pitching, including first baseman Pete Alonso who got plunked in the head. It’s the second time he’s been hit by a pitch in the dome this year, and one of a handful of times he’s been hit above the letters.

The New York lineup is growing tired of being plunked. They’ve been hit a league-leading 19 times through 20 games.

The frustration led to today’s brawl, and after the game, Alonso had some strong words to say about the situation.

“If I wanted to put someone in the hospital I easily could” pic.twitter.com/EwaULlR4Wa

Alonso was interviewed after the game. He was obviously asked about the on-field altercation as he was one of the players in the middle of the brawl.

Before things got too heated for the first baseman, though, he was dragged down by a number of Cardinals players. He let everyone in attendance know that he could’ve manhandled his opponent if given the opportunity.

“I got pulled from behind. Genesis Cabrera grabbed me by the back of the collar, then he just kinda ripped down, then a coach jumped on me. I thought that was kinda cheap going from behind. If you wanna hold me back or restrain me, go at me like a man.

We tend to believe him.

The Mets and Cardinals are now done with the series. It will be interesting to see if this carries over to their next meeting in May.