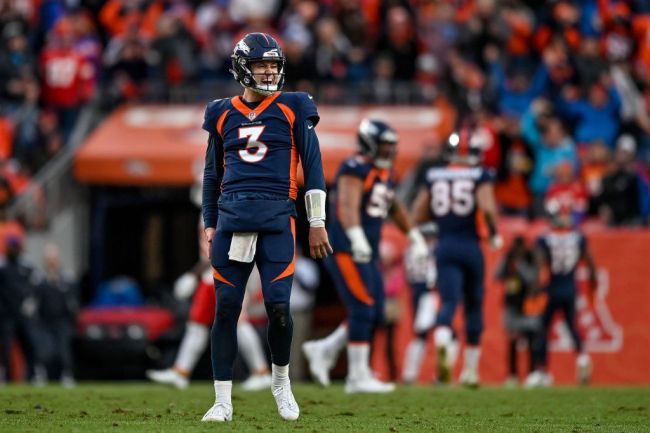 The Seattle Seahawks find themselves in a tough spot at quarterback heading into this season.

After trading Russell Wilson, the team was left with Drew Lock, Geno Smith, and Jacob Eason on their roster. With none of these options offering much promise for the future and Smith and Lock only under contract for this coming season, it seemed likely the Seahawks would go after a QB in the draft.

That never happened and the team ended up only adding an undrafted free agent to their quarterback room. Yesterday we learned that the reason they didn’t draft Malik Willis was because they didn’t feel he was anywhere close to NFL ready.

Pete Carroll: Drew Lock would have been the first quarterback picked in this year's draft. https://t.co/7OzPeVW0aY

This is quite the claim for Carroll to make about Lock. Lock wasn’t even a 1st round pick in his own draft class and that draft saw Daniel Jones taken 6th overall and Dwayne Haskins taken at 15.

Lock had some major question marks coming out of college after repeatedly falling short in big games for Missouri. Since then, he has just become less and less appealing as a prospect after struggling as the Broncos starter in 2020 and losing the starting job to Teddy Bridgewater in 2021.

Even in a class with plenty of question marks, it’s hard to believe that anybody would have been taking Drew Lock as the first quarterback in this year’s draft.