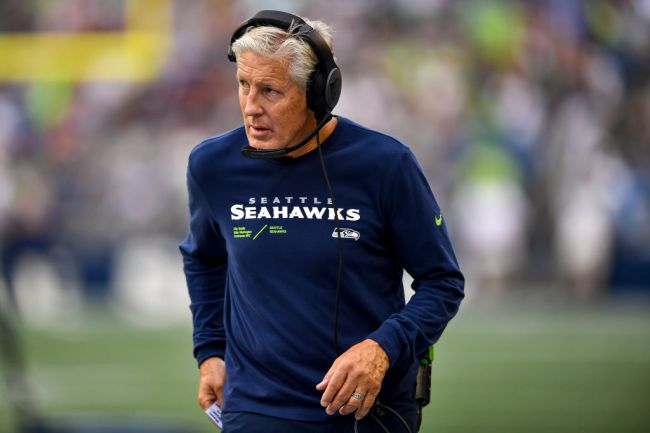 It took just 24 hours for the Seattle Seahawks to not have 2 number 1s at quarterback anymore.

Yesterday, when speaking about the team’s quarterback competition, Pete Carroll claimed that the team had 2 number 1s with Geno Smith and Drew Lock, a claim that was met with plenty of skepticism from football fans.

Pete Carroll on the QB competition between Geno Smith and Drew Lock:

"We may have two numbers ones."

Today, Carroll revealed which quarterback is actually viewed as the team’s number 1. It should come as no surprise that Geno Smith remains the starter for Seahawks.

Pete Carroll on Geno Smith vs Drew Lock: “Geno has been the number-one guy the whole time. He’s held onto it.” Smith will start again tomorrow night at Dallas. Carroll says that’s important that he starts again in the preseason finale @thenewstribune

Smith has been leading the competition since day 1 thanks to the fact that he has led this offense in the past.

Lock was expected to get his chance to make a move up the depth chart last week. The Seahawks had him taking reps with the starters in practice and had named him the starter for their preseason game. Then a positive test took that chance away from him.

There is also still one dark horse candidate in this QB competition. Video surfaced from today’s practice that showed Pete Carroll once again taking snaps at QB for the Seahawks.

With just one more preseason game left to make an impression on the Seattle Seahawks coaching staff, it looks like Drew Lock will be starting the year as a backup to Geno Smith.