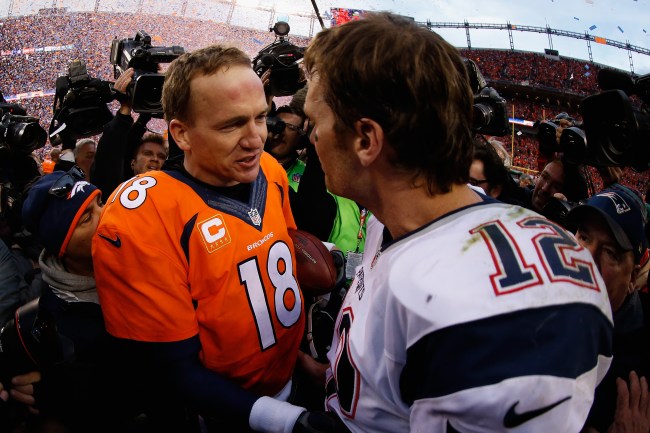 Peyton Manning may have retired a couple of years ago after winning his final Super Bowl, but he may want to ask the New England Patriots for a championship ring when their players get them, because it seems like he may have helped the Pats solve the Los Angeles Rams in Super Bowl 53 last week.

According to Yahoo! Sports, Peyton Manning’s ESPN+ show, Detail — which breaks down film for fans to watch, giving them a sense of what an NFL quarterback might look at prior to playing a team — may have attributed to the Patriots solving the Rams’ explosive offense. How, you ask? Well, New England’s backup quarterback, Brian Hoyer, apparently watched Manning’s show, which broke down Kyle Shanhan’s offense, which is similar to what Rams head coach Sean McVay runs. The rest is history — and a title.

Here are some of the details of the interesting story, per Yahoo! Sports, via The MMQB‘s Albert Breer:

The 33-year-old Hoyer is in his second stint with the Patriots. He signed with the team as an undrafted rookie in 2009, spending three years as Tom Brady’s backup.

He bounced around a bit, but got a chance to be a starter in 2013-14 with the Cleveland Browns. In Cleveland, Hoyer played under offensive coordinator Kyle Shanahan — and a young coach named Sean McVay, who was then tight ends coach.

Via Albert Breer of The MMQB, Hoyer (who also played for Shanahan in San Francisco) believed he’d have institutional knowledge of the offense McVay now runs with the Rams because of his time in Shanahan’s system.

So in the days before the Super Bowl he watched Manning’s “Detail” on ESPN+, the episode centered around Rams quarterback Jared Goff, and quickly realized the offense is the same one he worked in.

Hoyer watched film of the Rams, saw an interview in which Goff and McVay discussed McVay being in Goff’s ear right up until the 15-second cutoff during games, and for good measure, he watched the Amazon series “All or Nothing” which focused primarily on the last days of Jeff Fisher’s tenure with the organization but included McVay’s first organized team activities from his first months with the Rams. The language was the same.

Armed with similar sets and language, Brian Hoyer then went out in practices leading up to Super Bowl 53 impersonating Jared Goff, which gave his Patriots teammates on the defensive side an idea as to what they might be seeing come game time. This is genius.

Given the defensive performance the Pats put on display last week in the Super Bowl, all of Hoyer’s hard work — with a little help from Peyton Manning’s show — may have frustrated the Rams, leading to a sixth Lombardi Trophy in the Tom Brady-Bill Belichick era. Hoyer spoke to this a little bit, saying all the tips he gave New England’s defenders even got him flustered during practices leading up to the big game.

“They had everything covered,” Hoyer said. “I was like, ‘Either these guys know what all our plays are, or they’re gonna ball out in the game.’ You could see it. They were playing so fast, they were so on top of it. And you get to the game, and they go and have the best defensive performance I’ve ever witnessed.”

Everyone might want to give credit to Tom Brady, the defense and the Pats coming up big when they needed to most, but don’t discount the importance of having a good backup quarterback to lead the scout team — and finds unique ways to help his teammates get better — because Brian Hoyer played that role perfectly. And maybe Peyton Manning had a small hand in helping him prepare for it.