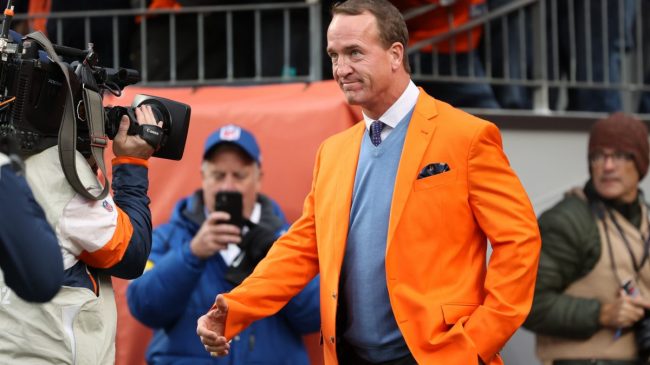 Arch Manning’s high-profile recruitment has come to an end. Earlier this week, the passer with the famed last name committed to play his college ball at the University of Texas.

Manning is the top player in the class of 2023, giving the Longhorns two of the nation’s top ranked signal callers, joining former No. 1 overall prospect Quinn Ewers.

He’s also the nephew of former NFL passers Eli and Peyton Manning, and the grandson of Archie Manning.

The youngest Manning spurned the alma maters of his relatives in Ole Miss and Tennessee, instead looking to create his own legacy in Austin. Eli has already commented on the commitment of his nephew, saying that he’s excited to see Arch play “a few years down the road.”

Eli’s brother Peyton, though, had remained silent up until this weekend.

On Saturday, he broke that silence to talk about Arch’s recruitment.

“I did have a conversation with him last week after he made his last visit. He kind of asked about when I made my decision. I just remember as soon as I got back from my last visit, I basically announced where I was going two days later because I knew. When you know, you know.

“There’s no point in dragging it out and creating some drama… I kind of liked how he did it. Once he knew, he sent the word out and now it’s just on to being a senior in high school.”

Arch will suit up for the Longhorns in the fall of 2023 as he tries to get the program back to prominence. He’ll hope to follow in the footsteps of his uncles on a path to the NFL.