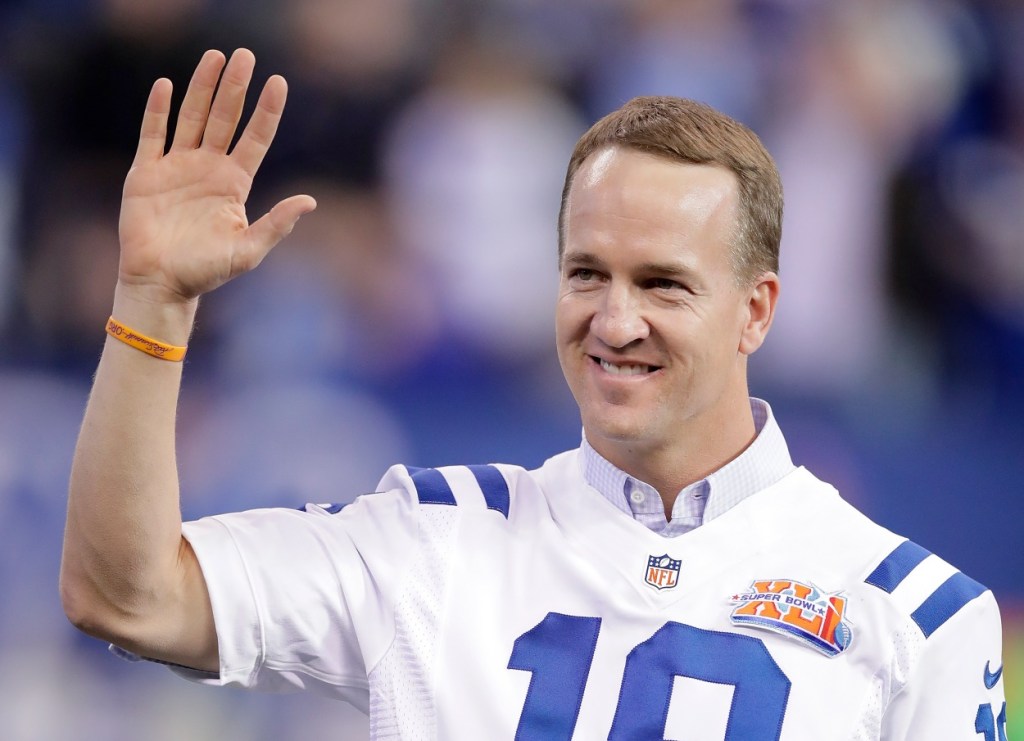 It’s hard to believe that it’s already been nearly five years since Peyton Manning retired from the NFL back in March of 2016. Peyton’s still omnipresent in the game of football so it hasn’t fully felt like he was missing from the game even though half a decade has passed.

When Peyton retired, he held a press conference with Indianapolis Colts owner Jim Irsay. In that press conference, Peyton Manning discussed how when he arrived in the NFL he thought it was going to be easy because tossing TDs to Marvin Harrison was a piece of cake.

Manning expanded on that and went on to claim the one NFL record he held that nobody would ever beat was how many touchdowns he and Marvin Harrison connected for. As a duo, they connected for 114 total touchdowns (112 in the regular season, 2 in the playoffs). Here’s what Peyton had to say back then and why his record might actually be in jeopardy now:

The NFL is easy,'” Manning said. “‘You just throw a short pass and Marvin Harrison he runs for touchdowns.’ Which is pretty much what he did for the entire time he and I played together. I think many records will be broken — most of my records will be broken — I don’t believe that record that me and Marvin have of throwing the most touchdowns together will ever be broken.” (via CBS Sports)

Occupying 2nd place on the all-time list are Tom Brady and Rob Gronkowski. Together, Brady and Gronk have connected on 90 regular season and 14 postseason touchdowns for a total of 104. They are now just 10 touchdowns away from tying the unbreakable record of Peyton Manning and Marvin Harrison.

Gronk and Brady have connected for 6 TDs this season (2 last week). The Tampa Bay Buccaneers still have 5 regular-season games to play AND THEN the playoffs which they’re a virtual lock for at this point.

While it’s unlikely that Brady and Gronk combine for 10 more touchdowns this season it’s not out of the realm of possibility (I wouldn’t bet on it). But it’s a record that would likely be broken next season should Rob Gronkowski and Tom Brady choose to come back for another year.

It does seem like Tom Brady is record hunting at this point. Gronk also recently called out a record he wants to break very soon. I don’t think the possibility of breaking this record would be enough by itself to bring Gronk and Brady back to the Bucs next season but I think the way things are shaking out, it’s possible they both suit up in pewter next year (knock on wood).