Rob Gronkowski Reveals The Record He Wants To Break And If He Does, Is He The GOAT? 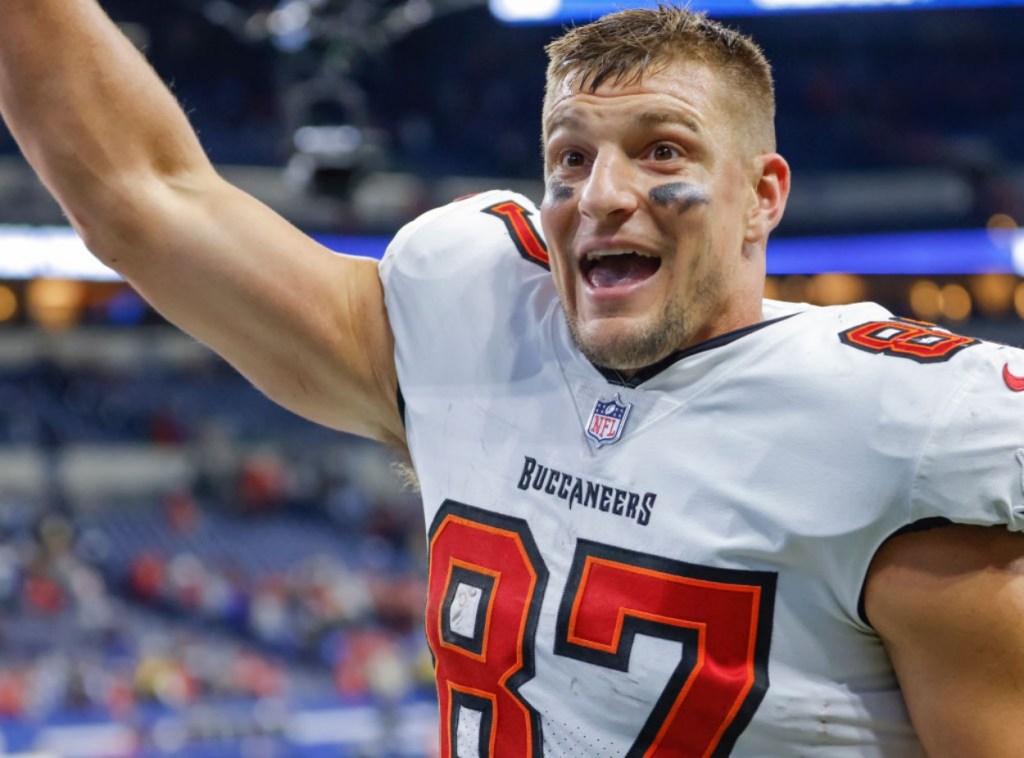 Rob Gronkowski is one of the greatest NFL players of all time. He led the league in touchdowns in 2011, he’s a 5-time Pro Bowler, 4-time Super Bowl champion, and a future NFL Hall of Famer. But Tony Gonzalez is widely considered to be the NFL’s GOAT tight end.

I mention Tony Gonzalez because Gronk just revealed the one record he really wants to break, a record that’s currently held by Gonzalez. Now, if Gronk breaks that stat is he the GOAT?

Tony finished his NFL career with 111 receiving touchdowns. Rob Gronkowski currently has 91 but he’s got plenty more touchdowns left in him. But the stat isn’t about TDs, it’s about receiving yards.

On Sunday, Gronk had his 30th 100-yard NFL game after putting up 123 yards against the Colts. Tony Gonzalez finished his NFL career with 31 100-yard games, the most ever by a tight end. So Gronk is just one game shy of tying Tony’s record and 2 games shy of breaking it. If (and when) Gronkowski breaks that record he’ll have the most 100-yard games ever by a tight end. Here’s what Gronk had to say about breaking that record:

I personally find it hard to argue that Gronk will be the GOAT until he passes Tony in total TDs, which he very well might do, but he’s been smack dab in the middle of the ‘GOAT debate’ for years. Then, of course, there’s this:

Gronk is the greatest tight end ever but my god Tony Gonzalez. He did that when it was difficult to get open and catch the ball, AND when defensive backs could legally try to break your neck on every play. pic.twitter.com/z4D0JwgXuE

I’m a born and raised Bucs fan. I’ve been a Gronk fan since before he was on the Buccaneers, but man, Tony Gonzalez really is in a league of his own.