PGA Championship Bold Predictions: A Young Favorite Breaks Through For His First Major 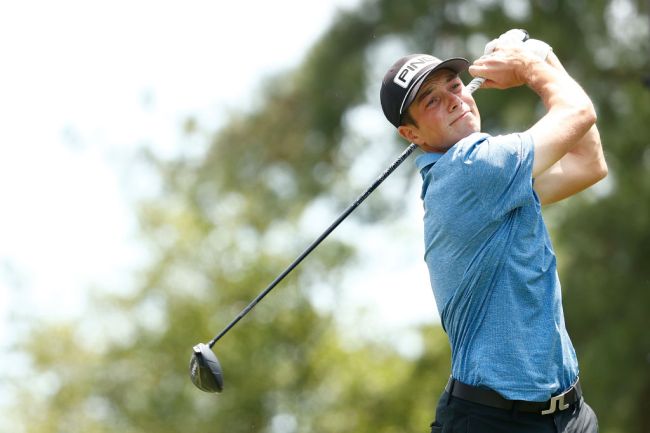 The PGA Championship is here as golf’s best battle at Kiawah Island for the season’s second major. While we’ve already taken a look at the top storylines you need to pay attention to heading into the week, it’s now time to make bold predictions for what we may see unfold.

Rory McIlroy Will Be A Non-Factor

McIlroy is the betting favorite heading into the week, which you can’t blame oddsmakers for giving him that nod, but it seems like a gigantic sucker play to be on him this week.

The 32-year-old lapped the field the last time the PGA was held at Kiawah winning by a whopping eight shots in 2012. McIlroy is also fresh off of his first win in 553 days winning at Quail Hollow for the third time in his career.

While his game is clearly in a good spot, this isn’t 2012 and this certainly isn’t Quail Hollow. While it was great to see McIlroy back in the winner’s circle, you almost need to look at his win two weeks ago with a tiny asterisk. If there was anywhere McIlroy was going to snap his cold streak, it was going to be at Quail Hollow, a place he’s always played well at. A win is a win, don’t get me wrong, but we’ve seen that story not once, or twice, but three times now.

McIlroy will be around for the weekend at Kiawah, but I don’t see him having a late tee time come Sunday.

To say that the No. 12 player in the world is ‘going to find his groove again’ may not seem like a bold prediction, but it absolutely is given his recent form and the test he’s about to face.

Cantlay has missed the cut in each of his last four stroke-play starts, which is an interesting turn of events given his back-to-back Top 3 finishes at The American Express and Pebble Beach Pro-Am prior to the slump.

It’s a bit of an anomaly where Cantlay’s struggles are coming from, too. He ranks 12th on Tour in strokes gained: total and has been brilliant around the greens all season long, but things haven’t clicked for him in quite some time. Maybe what will turn him around is facing the longest course in major championship history.

Daniel Berger Is The Low-American On The Leaderboard

Berger currently holds the sixth-best odds to win this week among Americans in the field. He finds himself behind the likes of Jordan Spieth, Dustin Johnson, and Justin Thomas, and righty so from a betting standpoint, but I wouldn’t overlook Berger this week at all.

The 28-year-old is one of the premier controllers of the golf ball. Berger can flight his irons when needed and work the ball both ways, which will be key hitting into some of the unique and exposed greens this week.

Berger and Spieth are the only two players in the world averaging over two strokes gained or better per round in the year 2021. The No. 16 player in the world enters the week in form as well with a T-13 at the RBC Heritage following the Masters and a T-3 finish at the AT&T Byron Nelson.

Related: Daniel Berger Talks To Us About His Friendship With Justin Thomas, Boredom During The Pause And The Game Of Golf Being Better Than Ever

Matsuyama was absolutely brilliant at Augusta National in April becoming the first men’s major champion from Japan. He and his caddie delivered one of the more memorable final round moments in recent Masters history, but I don’t see that type of magic appearing again this week, I think he’ll struggle, big time.

A monster of a golf course with water everywhere and looming winds isn’t a recipe for success coming off such a monumental, life-changing month.

The 23-year-old Norwegian has teed it up in exactly three major championships as a professional, but somehow it already feels like he should already have a major under his belt. That feeling is a testament to just how solid his game is and what we saw from him in 2020 when he picked up two wins on Tour.

Hovland’s game translates well on every golf course on the planet, but especially big boy tracks like the Ocean Course. He’s got the length off the tee, the ability to work the ball both ways, and can control his irons if the wind really becomes a factor. If he continues to pick up shots on the field off the tee and with his approach game, he just needs his short-game to be slightly above average in order to get into contention.

Hovland is also trending in the right direction with back-to-back T-3 finishes to his name. Oh, it’s also worth mentioning that his two wins on Tour came on paspalum grass, the same players will face this week.