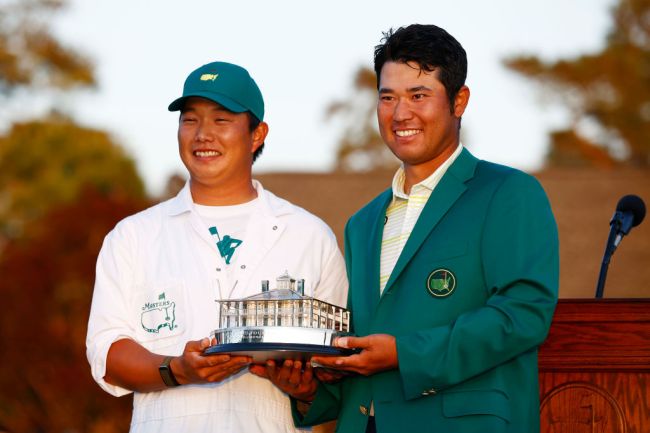 Anytime a player taps in on the final hole to win the Masters, the immediate scenes that ensue are typically memorable, but what we saw after Hideki Matsuyama secured his green jacket was truly a one-of-a-kind moment.

Matsuyama became the first Japanese player to ever win a major in the men’s game after making bogey on the final hole to win by a single shot. It’s tough to put into words what his win means for the golf-crazed country of Japan and the game of golf from a global standpoint. With the magnitude of the moment setting in, Matsuyama’s caddie Shota Hyafuji returned the flagstick to the hole, removed his hat, and bowed toward the golf course.

You couldn’t ask for a more unique, respectful, and perfect ending to a golf tournament.

The moment has been talked about for weeks now, but what exactly prompted Hyafuji to take the bow?

“My heart was full of gratitude and it was the natural thing for me to bow and show respect to the Masters,” Hayafuji told The Caddie Network in an email through interpreter Bob Turner. “I was saying ‘Thank you very much!’”

Shota Hayafuji, Hideki Matsuyama’s caddie, removed his hat and took a bow after returning the pin on the 18th hole.

Maybe there are some people out there that didn’t quite understand the ora and magnitude of the Masters and Augusta National, but Hayafuji’s bow certainly explains what that tournament and that plot of land mean to so many people around the world.

As for the celebrations that ensued following the win, Hayafuji explained that there really wasn’t all that much going on. Matsuyama and his team were focused on packing and getting back to Japan as quickly as possible, which resulted in them nonchalantly walking around Atlanta’s airport before catching a flight in Chicago before making the long flight to Japan.