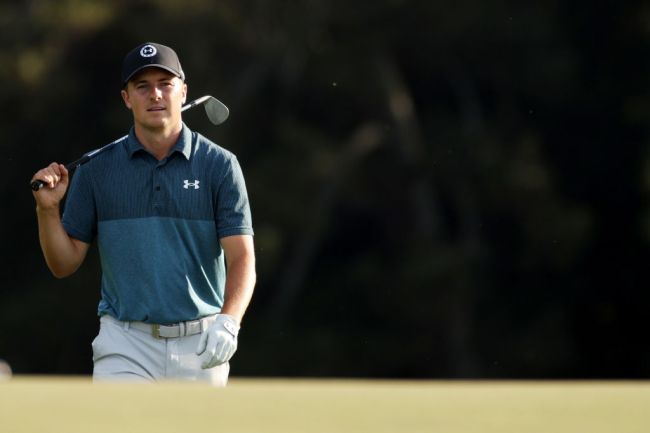 The second major of the year is upon us as The Ocean Course at Kiawah Island plays host to the 2021 PGA Championship. As it’s standard for every major championship, there are some fascinating storylines to pay attention to heading into the week.

It’s been a little while, but we have seen the PGA at the Ocean Course. In 2012, Rory McIlroy blitzed the field winning by eight shots at 13-under par after going 67-66 over the weekend. Most eyes will be on McIlroy this week, not only because of the clinic he put on at Kiawah nine years ago, but because he’s the betting favorite after winning the Well Fargo Championship two weeks ago.

McIlroy isn’t the only player carrying an interesting narrative heading into the week, however. We’ll circle a few names you should keep an eye on, take a look at the Ocean Course itself, and dive into all the great 2021 PGA Championship storylines you should know about.

Everyone expected Spieth to come out of his slump, but not many people saw this sort of consistent success coming in 2021. Since the calendar flipped to the new year, Spieth has seven Top 10 finishes including one win in 10 starts.

Then, you look at his statistics, and you really get the full picture of just how well Spieth has been playing. Spieth leads the PGA Tour in total strokes gained per round (2.2) in 2021. What’s really been impressive is his iron game as he ranks 16th on Tour in strokes gained: approach, which that stat includes four missed cuts at the tail end of 2020 in the unique season last year.

If Spieth wins this week, he’d become just the sixth player to ever win the career grand slam. This is the fifth run he’s made at the historical feat and given just how well he’s been playing, this could be the best shot he’s ever had at joining the most elite group in golf.

Should Rory Really Be The Favorite This Week?

Yes, yes he should be, and there are many reasons why.

McIlroy is obviously playing well as he found the winner’s circle for the first time in 553 days with his victory at the Wells Fargo two weeks ago. While it may have been nearly a decade ago, McIlroy has some very fond memories at Kiawah with his eight-shot win here back in 2012 when he made the gigantic track look like a pitch and putt.

We also can’t forget just how solid he’s been in PGA Championships over the years. He’s hoisted the Wanamaker Trophy twice in his career and has four other Top 10 finishes in 11 starts in the event. Lastly, while Kiawah won’t be allowing a full capacity of fans, there will be crowds, which is something McIlroy obviously feeds off of. The crowd at the Wells Fargo two weeks ago was easily the largest we’ve seen since the start of the pandemic.

Brooks Koepka And His Knee

While his two PGA wins in the past were special, if Koepka is able to win his third this week it would be a minor miracle thanks to his banged-up right knee. He surprisingly teed it up in last month’s Masters, but the knee was very much an issue en route to a missed cut.

Props to Brooks Koepka for giving it a go this week, but this video is pretty tough. The knee is very clearly nowhere near 100%. pic.twitter.com/KFAPQdn1u6

Koepka hasn’t been able to bend down and read putts, which most certainly doesn’t make the game of golf any easier. Betting against Koepka is never a wise move, especially at a course like Kiawah where his length off the tee will be a major weapon, but given the uncertainty around his knee, it’s tough to see him play his way into contention this week.

What Is Going On With DJ, Exactly?

It has not been a good year for Dustin Johnson. While he’s still the No. 1 player in the world, he missed the cut at the Masters, has just one Top 10 finish since February, and has mysteriously withdrawn from two tournaments early in the week since March.

He isn’t trending in the right direction, but that’s usually when DJ flips a switch and comes out of nowhere to lap the field. The form hasn’t been there for quite some time, and he could be battling some sort of injury, but this is a bit of a home game for the South Carolina native on a grown man’s golf course where his ability off the tee should be a major advantage.

The headline this week is that the Ocean Course at Kiawah is the longest course in major championship history as it can stretch to just under 7,900 yards. While there’s no denying that the course is a monster on the scorecard, the true defense of the property – just like every other course along the ocean – is the wind.

Back in 2012, the wind showed up on Friday and essentially turned the course into a Par 74. If we don’t get that this week, however, McIlroy’s winning tally at 13-under back in 2012 could likely be topped.

One other note about Kiawah Island is that it was designed by Pete Dye, and while it looks nothing like TPC Sawgrass, that’s actually a good comparison. There’s water everywhere and sloping greens that will put iron and wedge play at a premium, especially if conditions remain firm.