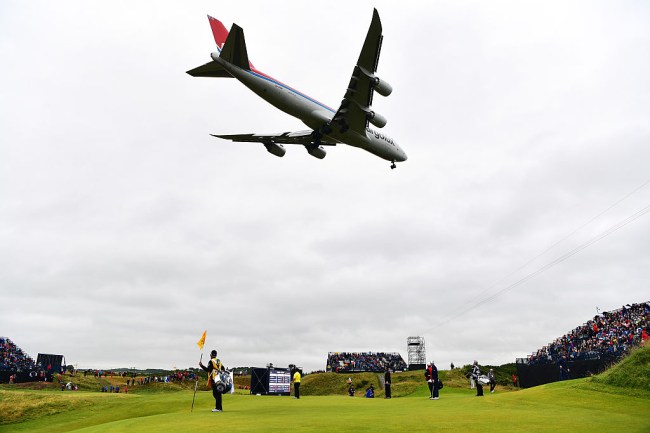 Attendance on the plane is ‘strongly encouraged’ by the Tour, but some players won’t be given the option to snag a seat on the plane seeing as how the Boeing 737 will only be operating at 64% capacity. According to Golf Monthly, there will be a total of 114 open seats with the middle seat in each row remaining open as a social distancing measure.

This raises the question of which players will have the advantage of acquiring a seat over others. According to the report, players and caddies will get priority on the flight based on their world ranking. World No. 3 Brooks Koepka would have priority to get a seat on the plane before the 150th ranked player in the world, for example.

There’s an interesting wrinkle in priority seating, however. Whichever player wins that week, he and their caddie get moved up to first class. Golf Monthy reports that alcohol won’t be served on the flight.

Players and caddies are required to submit to viral testing within 24 hours of departure. Only the passengers who test negative will be allowed on the chartered flight.

Players that don’t acquire a seat on the chartered flight will have to either fly commercially, privately or make their way around the country via car or RV.

Related: Some Players And Caddies Aren’t Following Any Of The PGA Tour’s Health And Safety Protocols, Per Report