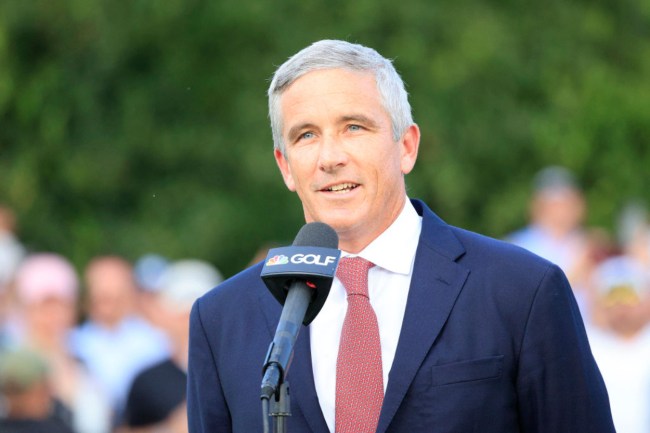 With LIV Golf having an unlimited amount of money and continuing to strengthen its stock of players, the PGA Tour is inevitably going to have to adapt and make changes of its own.

Money is the biggest factor in all of this. The PGA Tour simply can not compete with the Saudis backing LIV Golf, and it knows it, but it’s going to do its best to keep up.

One of the ideas the Tour has come up with is to simply copy LIV Golf’s format.

According to Golf Digest’s Dan Rapaport, the Tour has told its players that it has plans to launch an eight-event, no-cut, 50-man field series with purses of $20 million or more. The 50-man field will be limited to the Top 50 finishers in the prior season’s FedEx Cup standings.

As for the many players that will finish outside the Top 50, they will compete in an alternate series of tournaments fighting for their Tour cards and better status.

For comparison, the inaugural LIV Golf schedule features eight no-cut events with 48-man fields with purses of $25 million in the first seven events while the season finale features a $50 million purse.

The PGA Tour almost copied LIV Golf in every way with this new set of tournaments, with the glaring differences being the cash at stake and the Tour’s events presumably being 72 holes as opposed to 54 holes.

These eight new events on Tour would reportedly be spread out throughout the season, not only played in the Fall or ‘off-season.’

Besides the guaranteed money, sign-on bonuses, and the ginormous purses up for grabs in LIV Golf events, the other selling point is the limited schedule. LIV Golf has eight events this season and has plans to reach 14 next time around.

The PGA Tour already has over 40 events on its schedule, and while adding eight guaranteed paydays for the Top 50 players is tempting for those guys, it’s another eight tournaments added to an already exhausting slate.

Commissioner Jay Monahan and the PGA Tour can only do so much in its battle against Saudi’s blank checks, but they may want to go back to the drawing board with this one.