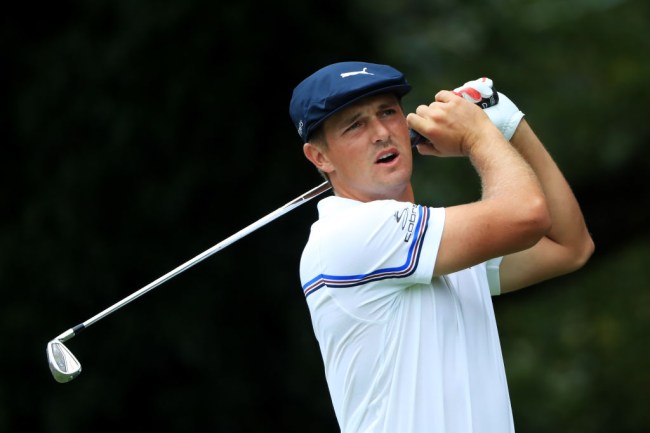 Everyone that follows the game of golf has their favorites on the PGA Tour, but what about the guy’s between the ropes, who are their favorites and least-favorite guys to play with? It’s one of those professional golfer questions all fans want to know the answer to.

Fans may have an idea, but thanks to Golf.com’s Anonymous Pro Survey we don’t have to speculate anymore.

A total of 52 players were polled at the Safeway Open back in September about a range of topics, but the most intriguing question asked was who is the most enjoyable and least enjoyable guy to play with on Tour?

The most enjoyable guys, which isn’t what we truly care about, were Kevin Kisner, Charles Howell III and Harold Varner III receiving 9%, 7% and 7% of the votes, respectively. ‘Anyone who plays quickly’ also received 7% of the votes.

Now, onto the good stuff, who is the least-favorite playing partner on Tour?

Bryson DeChambeau, come on down, sir.

When it comes to least-favorite playing partners, the pros were much more decisive. “Anyone who plays slowly” received the majority of the votes, with 26 percent. Close behind were Bryson DeChambeau and South African Rory Sabbatini with 21 percent, and Scotsman Martin Laird with eight percent.

Seeing Laird on the list is somewhat surprising, but DeChambeau and Sabbatini? Not so much.

DeChambeau has been in the middle of the slow-play chatter on Tour for quite a while now. He came out and said there was some secret data out there suggesting he’s actually not a slow player, which didn’t earn him any new fans. There’s also that video at the Northern Trust Open when he took nearly two minutes to hit an eight-foot putt playing alongside Justin Thomas.

Following that fiasco, he came out during a pro-am the next week saying that he was never on the clock and that he was ‘having a fucking awesome time‘ playing.

JT looks at his imaginary watch at the 1:40 mark of the video. More like DeCham-slow🙃pic.twitter.com/qW1whoda4o

DeChambeau is the No. 10 player in the world and is entertaining, you can’t really argue that whether you love him or hate him. DeChambeau only knows how to go about things in one way, and that’s the DeChambeau way.

I’m just going to go out on a limb here and guess DeChambeau won’t lose a second of sleep over these survey results. Let’s just hope the media asks him about the situation the next time he tees it up.