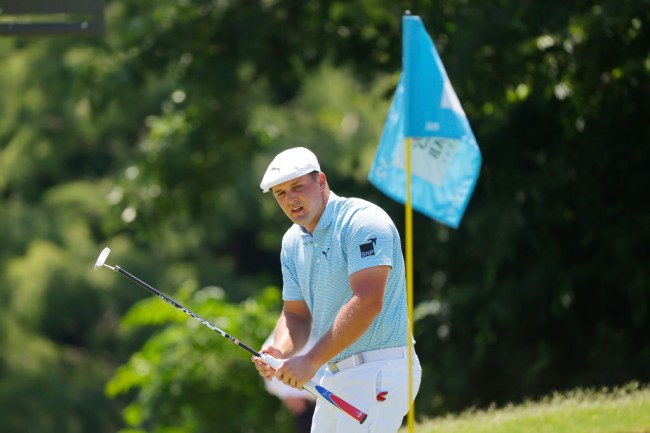 There were plenty of questions heading into this past week’s Charles Schwab Challenge, the PGA Tour’s first event in over three months, but it’s safe to say every single question was answered perfectly. Golf’s return to the spotlight was absolutely flawless and it lived up to any and all expectations.

Daniel Berger eventually took down Collin Morikawa on the first playoff hole to secure the third PGA Tour win of his career, but the drama on Sunday, and throughout the whole week really, was fantastic.

While most folks out there thought it may be a bit strange without fans, especially down the stretch on Sunday, it most definitely wasn’t. While multiple players said they missed the Sunday roars from fans and that it was tough to gauge what other players were doing out there, from a viewer’s perspective it was totally fine.

It certainly helped that there were some big-time names battling it out on the back nine on Sunday, but even so, not once did myself and I’m guessing most people out there ever thought ‘boy, I really wish the fans were out there.’

The fact that there were no fans also presented an entirely different golf course for the players in a lot of ways. Both Xander Schauffele and Bryson DeChambeau air-mailed greens late on Sunday which would have likely been bailed out by hospitality tents if fans were in attendance.

Bryson DeChambeau said he was going to bulk up to pick up speed and distance and that’s exactly what he did. In less than a year he’s put on 40 pounds, including around 20 pounds during the three-month break, and is now weighing in around 240 lbs and the experiment is clearly working.

DeChambeau fired a final round 66 to miss out on the playoff by a shot while also leading the field in driving distance averaging over 340 yards off the tee; the man hit a 367-yard drive on Sunday. He led the field in scrambling and strokes gained: tee-to-green and, of course, off the tee as well.

The new-look DeChambeau golfed his ball all week and is clearly a man on a mission to make a humongous splash sooner rather than later.

Rory McIlroy sat at 10-under heading into Sunday just three shots off the lead but was completely out of contention five holes into his final round thanks to three bogeys. The world’s No. 1 player shot 6-over on the front nine before carding birdies on two of his final three holes to sign for a 4-over 74; only three players shot over 74 on Sunday.

It was a horrific day for McIlroy, to say the least as he certainly did not look like himself, but then again he sort of did. McIlroy not really showing up on a Sunday is something we’ve seen a lot of over the years. While it’s 100% picky to harp on a player struggling that’s been the PGA Tour Player of the Year three times who has also won four majors, but that’s how this works when you make golf look so easy one day and turn around and can’t find the center of the clubface the next day.

McIlroy will be fine, he’ll win his fair share of tournaments over the next 30 years, but he can also be extremely frustrating to watch because of the talent he oozes while struggling on a select few Sundays each year.