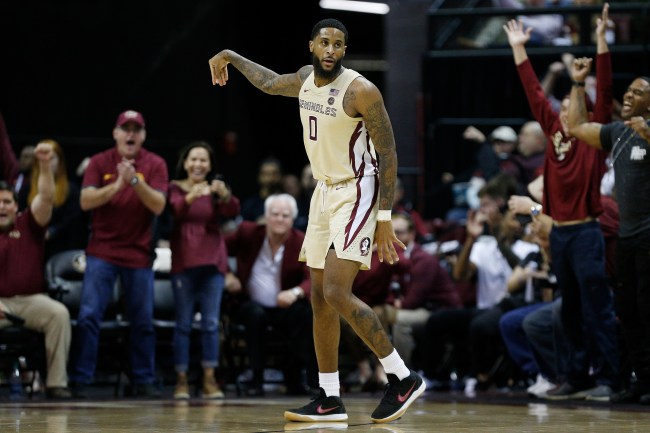 While the rest of his team was celebrating 76-69 victory Thursday over Vermont on Thursday, Florida State senior Phil Cofer was processing some terrible news.

Cofer’s father, Mike, had passed away after a long battle with an uncommon illness that affects organs and tissue. He was just 58.

According to ESPN, Cofer, who did not play on Thursday due to a right foot injury, received a phone call notifying him of his father’s death during the open locker room period after the win and broke down in tears. He did not discuss his father’s passing with the media.

Folks, please keep FSU's Phil Cofer in your thoughts. His father, who has been ill for some time, has passed away. Phil found out after today's game. So incredibly sad. His teammates are comforting him as best they can.

Mike Cofer was a former Pro Bowl linebacker with the Detroit Lions from 1983 to 1992 after the organization drafted him out of Tennessee in the third round.

Phil’s availability for the second round game on Saturday night against Murray State is still up in the air. Following a season in which he was the leading scorer (12.8 ppg) on FSU’s Elite 8 team, Cofer has been held back by injuries all season, missing the first nine games of the season and 12 total. He’s averaging 26.1 minutes and 7.4 points per game.

It would be awesome if Cofer was able to make his return during his final year of college ball to honor his father.