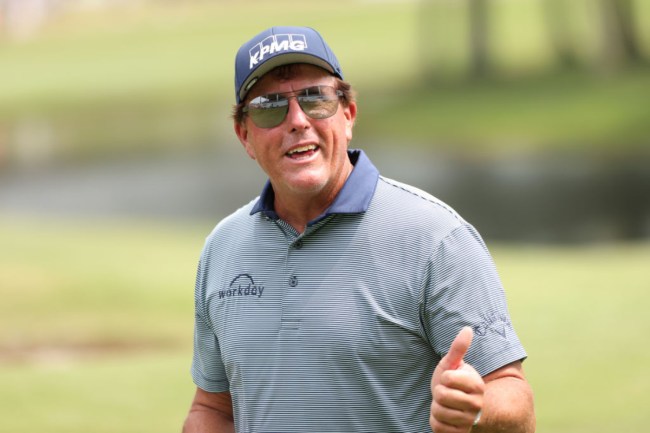 Playing for hundreds of thousands of dollars, sometimes millions, out on the PGA Tour didn’t exactly fill Phil Mickelson’s gambling bucket every week. He was always looking for some side action, and that included during actual tournaments.

In an excerpt from Alan Shipnuck’s new book “Phil: The Rip-Roaring and Unauthorized Biography of Golf’s Most Colorful Superstar,” longtime golf analyst Gary McCord shared that he would make bets with Mickelson while up in the TV tower during tournaments.

The two had quite the discrete system in place, too.

“When I was in the TV tower, every time Phil got to my hole, Bones [his former caddie Jim Mackay] would look up at me and I would flash the odds,” McCord says in the book, according to the Times of London.

If Mickelson won the bet, which it’s safe to assume he did more often than not, he didn’t wait until after the round to collect his money.

McCord would toss a wadded-up 20-dollar bill from the TV tower when he lost a bet.

“I can’t tell you how many wadded-up twenties I threw out of the tower, until the Tour found out about it and I got word through CBS I was no longer allowed to gamble with Phil while up in the tower.”

This isn’t the only Mickelson gambling story Shipnuck’s book brings to light, it also highlights the fact that Lefty wracked up more than $40 million in gambling losses from 2010-2014.