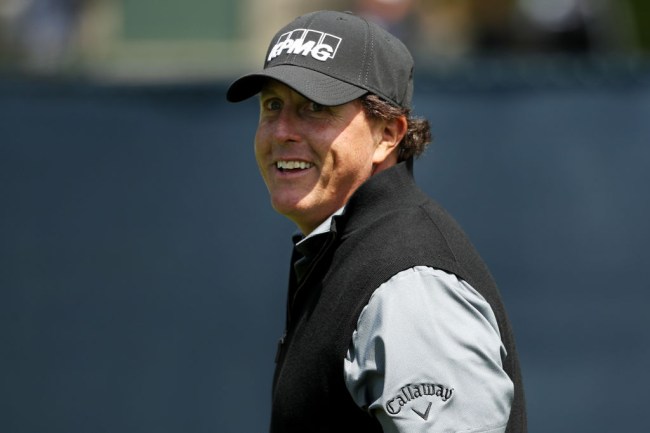 Phil Mickelson hasn’t been on social media for too long, in fact he’s been on Instagram for less than a year, but my word has he put out some heat.

From his drive down Magnolia Lane earlier this year at the Masters and telling the world how he gets such incredible calf muscles, he’s gotten the hang of it pretty quickly. Well, on Tuesday he introduced a new series on Instagram called ‘Phireside With Phil’ where he sits next to a candle in a black sports coat to tell us stories.

The story he told in the inaugural episode is an absolute classic involving the Memorial tournament, a weather delay and a poop-filled hole that had to be replaced.

“Someone took a dump, in the cup!” What a line.

I’m not sure you caught it, but the hole-cutting motion he makes is absolutely laugh out loud funny as well. This is peak Mickelson and it’s so, so easy to see him tell this story any chance he gets. I’m sure glad he told the entire world because that’s an instant smile to the face every time you watch it.

If this is just the start of this new series he’s going to be putting on, it may be a good time to turn on notifications for Phil’s Instagram because this should get good.