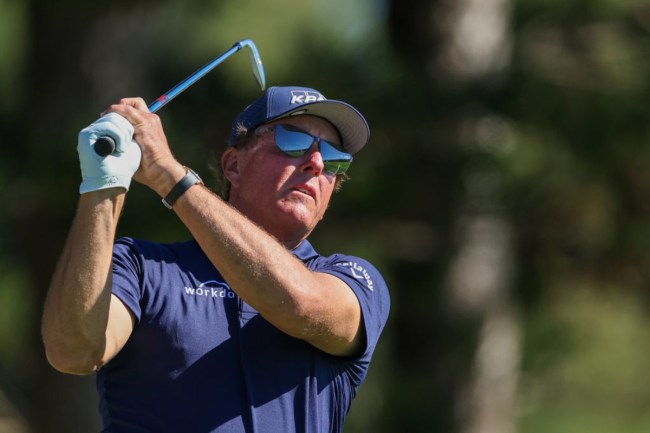 Shortly after LIV Golf announced the unsurprising news that Phil Mickelson will be playing in its inaugural event later this week, Mickelson himself released a statement about his decision to do so.

Mickelson’s statement on Monday announcing his commitment to LIV was the first time the public has heard from him since February 22. The last we heard from Mickelson was his apology after his “scary motherf–kers” comments and him calling the PGA Tour a “dictatorship.”

Mickelson again apologized for the comments he made back in February in his most recent statement while admitting he’s made mistakes in his career.

The biggest takeaway from Mickelson’s statement is him saying that he intends to play in majors while also teeing it up in the LIV Golf series.

The governing bodies for each major have not come to a decision on whether or not they will ban LIV Golf players from competing in majors.

We don’t know if it’ll be allowed, but Phil Mickelson saying he intends on playing the majors while playing LIV Golf events is the biggest story here.

If players are able to play in the majors, and if LIV Golf is remotely successful, the PGA Tour could be in big time trouble. https://t.co/Gj55Tj9g2g

Incredible how many words these guys are using in all their statements to say “I am taking the money.” https://t.co/kzsndPf3wE

"I'm so sorry for what I said about this dirty league…

I am thrilled to begin playing in this dirty league!" https://t.co/fO5C4bVoHI

Go get it Phil!! https://t.co/fiOYElU5lh

Everyone has a price. This is mine. https://t.co/mUXBt0TCB4