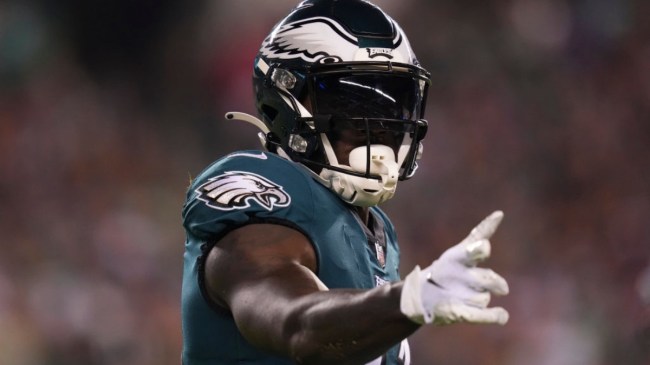 If AJ Brown had his way, his offseason would have looked a lot different this year. If it were up to Brown, he’d have played baseball during his time off from football.

Brown actually teased the idea to fans back in January, but most didn’t believe he was serious at the time.

Sometimes i think about playing both sports again 🤔@Padres all I need is a workout. I still got 😎 https://t.co/1PRo7ffAWm

It turns out Brown was very serious about his desire to play baseball again. He revealed to Delaware Online yesterday that he actually spoke to the San Diego Padres, who drafted him in the 19th round of the 2016 MLB draft, about joining their roster this year before he ever joined the Philadelphia Eagles.

A.J. Brown details how close he came to playing with Manny Machado instead of Jalen Hurts.

According to Brown, the Padres had invited him to spring train and were just waiting for his answer.

I was dead serious. (The Padres) had reached out to me. They were about to invite me to spring training. They were just waiting on an answer from me.

Unfortunately for Brown, it seems the Padres weren’t interested in letting him be the next Bo Jackson. They told him that if he wanted to play baseball he had o only be playing baseball.

They were telling me if I’m [still] going to play football, then I can’t play baseball. I can’t just play around with [baseball]. So it kind of killed my chances for the moment.

Brown’s focus having to be solely on football seems to have worked out pretty well for him so far this season. He has quickly become Jalen Hurts’ favorite target since joining the Philadelphia Eagles and looks primed to make sure the team’s investment in him pays off this year.