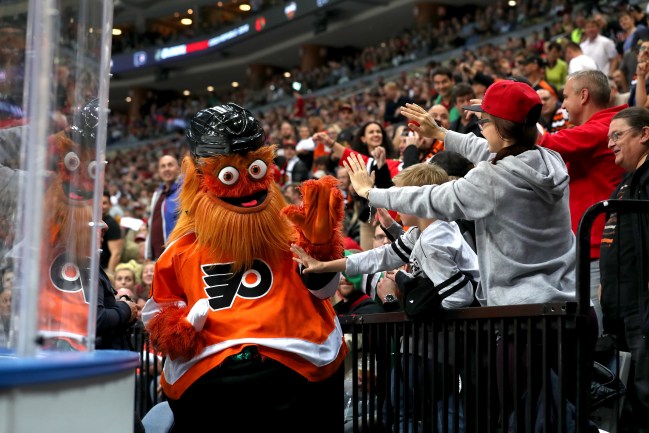 Philadelphia Flyers fans haven’t had a whole lot to cheer about over the past four decades — well, besides Gritty — as the NHL team hasn’t hoisted Lord Stanley’s Cup since the 1975 season, when they were led by the “Broad Street Bullies” and future Hall of Famer Bobby Clarke. Sure, the Flyers have had solid seasons between then, but to say there’s a lot of pent up frustration would probably be a bit of an understatement.

And, because the Philadelphia Flyers understand that their passionate fans need a way to express such anger and irritation about things happening during a game or season, the team did something that’s never been done before: it created a “rage room” inside the arena for supporters to go apeshit on things like TVs and lightbulbs, literally letting them break crap in an awesome form of controlled anger — which is better than letting it come out in the stands as it has in the past.

Since this is one of the most incredible things ever created in sports, here’s a look at how the Flyers’ rage room works, which requires fans to wear something resembling body armor before trashing a small room in the arena. Take a look at the video below, which has ESPN’s Katie Nolan taking part.

Not only is this an awesome idea, but it’s got to be something that catches on for other sports teams. After all, as a Cleveland Browns fan, there have been plenty of times when I’ve chucked my remote across the room in anger after a boneheaded 4th-and-9 play call, or when Baker Mayfield plays like complete crap and gets pulled from a game. Instead of ruining my own crap, the Philadelphia Flyers are embracing that frustration and letting people break their crap. Brilliant.

Of course, nothing good comes free, so the Philadelphia Flyers are turning a small profit for the rage room, charging $35 for one person, or $60 for a group of two people — hey, somebody’s got to pay for all that junk that’s about to get broken, right? Not a bad price for angry and aggro sports fans to take their frustration out, though, especially when considering the Flyers haven’t advanced beyond the first round of the NHL Playoffs since 2012. With that amount of irrelevancy, there’s probably a line around the arena block for the rage room already.