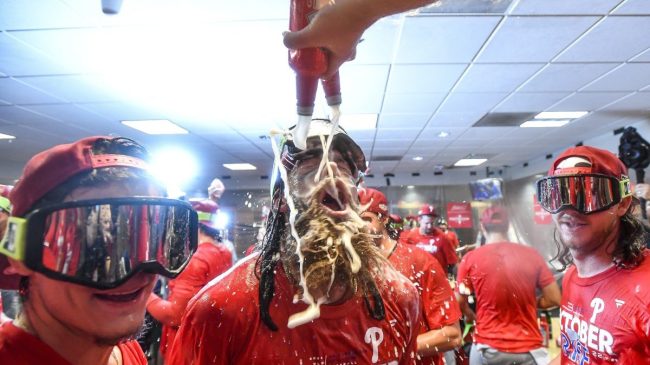 The Philadelphia Phillies are returning to MLB playoffs for the first time since 2011 after defeating the Houston Astros to lock up an NL Wild Card spot.

The 11-year drought was very briefly the longest in the entire league after the Seattle Mariners locked up an AL spot earlier in the week.

The two longest playoff droughts in MLB entering this season (Mariners since 2001, Phillies since 2011) are now both snapped.

The Tigers and Angels (both last made playoffs in 2014) now own the longest active postseason droughts in MLB. pic.twitter.com/EZiOmu3btW

The Phillies started the year with a 22-29 record and one of the league’s most disappointing teams when they fired manager Joe Girardi in June. Since then, interim manager Rob Thomson has led the team to a 65-44 record. That .596 win percentage would have been good enough for a 96-win season.

Chief among those writers was Ken Rosenthal of The Athletic.

Firing Girardi did, in fact, fix the Phillies’ problems.

To Rosenthal’s credit, he did pen a semi-apology. But as everybody knows, Philadelphia sports fans are the pettiest on earth and they weren’t about to let Rosenthal off the hook that easily.

Phillies fans have been needling Girardi here and there ever since Thomson started winning. But in all reality, they’ve been keeping the powder dry in the big guns for when the Phils actually, y’know, did something notable.

Now that they’ve done that, Phillies fans are unleashing the Fury on poor Rosenthal.

The hits didn’t stop there.

The Phillies begin the playoffs with a three-game Wild Card set at NL Central champion St. Louis. While Philadelphia’s roster is still flawed, the Phillies could absolutely prove dangerous.

Ace Zack Wheeler finished second in the Cy Young voting in 2021 and boasts a 2.72 ERA this season. While fellow starter Aaron Nola became the second pitching in MLB history to have 230+ strikeouts and under 30 walks in a season.