Phoenix Suns Are Reportedly Expected To Sell For A Record Price 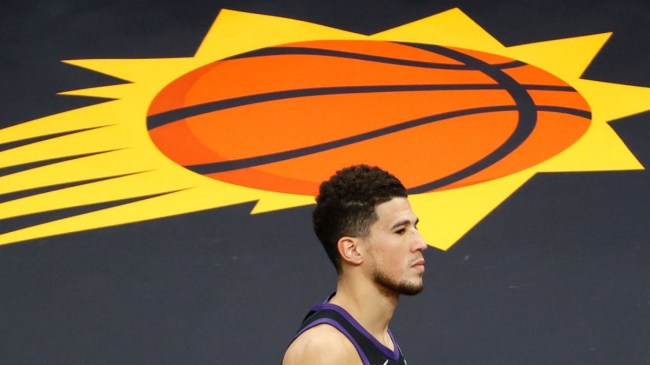 There is likely no story in the NBA bigger than the fate of the Phoenix Suns right now.

Ever since Robert Sarver’s misconduct was revealed, there has been plenty of speculation about what would happen with the Suns.

With the announcement that the team would be for sale, there have been plenty of big names linked to the purchase of the team, including Jeff Bezos, Bob Iger, and Laurene Jobs.

Ramona Shelburne on some notable names to look out for as far as who will be the next owner of the Phoenix Suns.#NBATwitter pic.twitter.com/fKNNeOynsQ

Shaq has even recently talked about his interest in being a part of an ownership group for the Suns.

Today it was reported that Sarver has picked out an investment bank to handle the sale of the Suns.

A bank official also told ESPN that they are expecting the team to sell for a record price.

NEWS: Robert Sarver has chosen an investment bank to manage the sale of the Phoenix Suns; banking officials tell ESPN that they expect the team will fetch a record price. https://t.co/RUynJf3LRX

With names like Bezos being linked to the purchase of the team, it wouldn’t the be the least bit surprising to see the Suns sell for a massive price.

As it stands, the record sale price for an NBA team is currently owned by the Brooklyn Nets, who were sold to Joe Tsai for $2.35 billion back in 2019. The most recent sale of an NBA franchise came with a price tag of $1.5 billion when the Minnesota Timberwolves were sold a little over a year ago.

With a strong roster, one of the country’s biggest markets, and nice weather during NBA season, there are plenty of reasons to believe that the Suns could sell for more than any team in the league’s history.