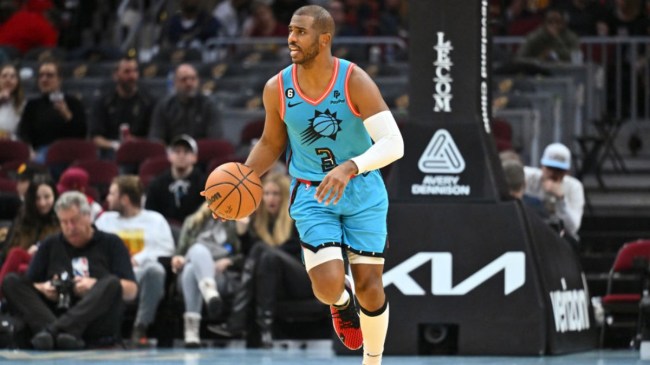 After finishing last season with the NBA’s best record, the Phoenix Suns currently find themselves struggling to hold onto a playoff spot.

The team has been struggling with injuries throughout the season, including to two of their biggest stars.

The Suns haven’t had Devin Booker available since he re-injured his groin on Christmas Day. Chris Paul has only played in 27 games this season.

As a result, the team only recently worked their way back to .500 with a 3-game win streak.

Now it looks like those injury issues have led the Suns to start looking for another star for their lineup.

According to NBA insider Marc Stein, the Suns have been eyeing Terry Rozier, Immanuel Quickley, and Fred VanVleet as potential replacements for Chris Paul.

After a significant trade and with 17 days still left in this trade season, here is my latest Monday assemblage of NBA Trade Deadline Whispers … since it's still Monday in every time zone in #thisleague but one: https://t.co/nPHClEBtCB

With injuries becoming an issue and Paul quickly approaching 39, it makes sense that the Suns would be looking into younger options for their point guard spot.

The rest of the team’s core is very young as Booker and Mikal Bridges are both 26 and Deandre Ayton is just 24.

Any one of the 3 options they are looking at would be interesting for their roster.

Rozier isn’t the distributor that Chris Paul is and has actually been moved to shooting guard with the Hornets, but could easily slide back to the point for the Suns and would give them another dependable scorer.

Quickley is a promising young guard that has become an important part of the New York Knicks’ rotation this season.

Landing Fred VanVleet would be the biggest potential win for the Suns with the Raptors star coming off of his first All-Star appearance. He is currently averaging 19.1 points, 6.3 assists, and 4.3 rebounds.

Any one of these players would extend the Phoenix Suns’ window to contend as long as the team could find somebody to take on Chris Paul’s contract.