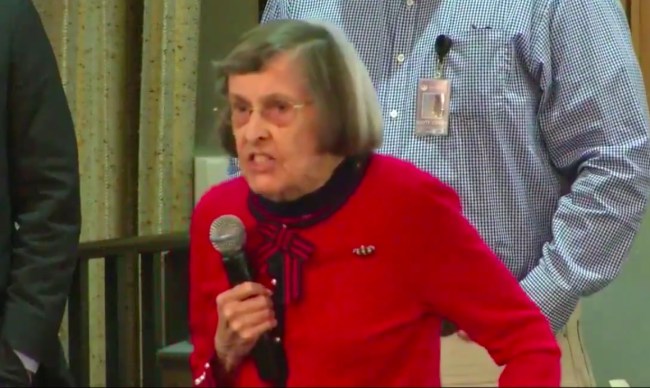 There aren’t many things in life that have genuinely taken my breath away but I’ll always remember the first time I saw the Grand Canyon in person.

Pictures can’t prepare you for what it’s like to look out upon a stunningly multicolored endless expanse millions of years in the making, and as far as I’m concerned, everyone should make the pilgrimage there at some point in life.

I made the trek to the Grand Canyon during my first and only visit to Arizona, which is an absolutely gorgeous state with a climate that was never really meant to accommodate human life.

However, that hasn’t stopped the seven million people who currently call Arizona home from settling down there— including Greta Rogers, a longtime resident and my new favorite person.

Earlier this week, Phoenix Suns owner Robert Sarver threatened to move the team to Seattle or Vegas after the city had second thoughts about contributing $150 million to help renovate their arena.

Multiple studies suggest using taxpayer money for these kinds of projects is not the best move and it appears Rogers is firmly not a fan of the concept.

On Wednesday, she stopped by a city council meeting to sound off on Sarver and went absolutely scorched earth on the team’s owner.

If you can’t watch the video, here’s a recap of the magazine’s worth of shots she fired during her time on the mic:

“Mr. Sarver has done nothing to improve this team in the 14 years he’s owned it. He’s never funded or bought – paid for – two or three key players, which makes any professional sports team successful or on the road to success.

He’s so tight he squeaks when he walks. And you have been negotiating with this kind of person? Shame on each and all of you. And upon you, Ed, I thought your principles were higher and better than this.

We are not in the business of paying taxes to support private enterprise. And especially not an entertainment enterprise. They can support themselves or fail on their own lack of diligence.”

Damn, Greta. Why you gotta do him like that?

The internet fell in love with Greta as quickly as I did.

GET THIS WOMAN ON @FirstTake https://t.co/r2aUCHruPl

I want Greta to be my Grannyhttps://t.co/K0pTnw7O1d

The Spurs and Greta Rogers are now co-owners of the Phoenix Suns. https://t.co/XFekD8eZrF

I am naming my first born son Greta Rogers https://t.co/EQUp6CfJGC