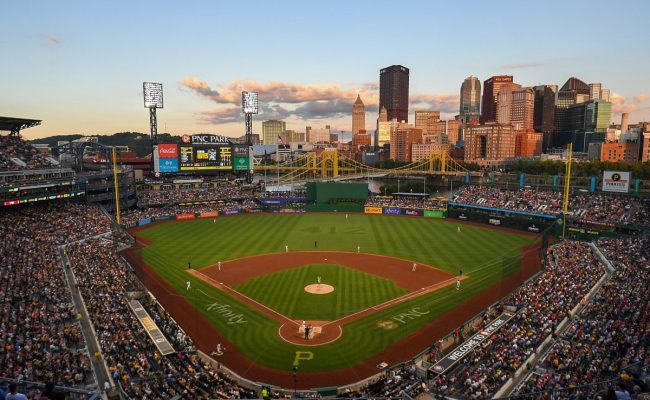 Pittsburgh Pirates fans have a new hero. A video making its way around social media is earning one young supporter a ton of respect from the black and gold.

The clip shows the Pirates fan posing for a photo with the team’s owner Bob Nutting while sporting a “Sell The Team” t-shirt. Nutting seems to notice the shirt while the picture is being snapped, but by then, it’s too little, too late.

Nutting has owned the franchise since 2007 and is widely considered one of the worst owners in sports. Far too often, the focus is put on bottom-line profits as opposed to on-field results. This has resulted in the Pirates moving players when it comes time to pay, causing a constant state of rebuild.

The team lost 101 games last year and has had just four winning seasons under Nutting’s ownership. That’s compared to seven 90-loss campaigns, a number that would’ve likely gone to eight if not for a shortened COVID season that saw the Pirates finish 19-41.

Owners have rejected offers to sell the team from high-profile personalities like Mario Lemieux and Mark Cuban, with Nutting reiterating that the club is not on the market.

Fans would obviously like that to change as they continue to see a poor product on the field. The Pirates are 20 games below .500 and tied for last in the NL Central.

Many have been quick to comment on the “Sell The Team” photo.

Fans in Pittsburgh have a new hero. Take a look at the immediate social media reaction.

This kid is an instant legend.

You are the hero Pittsburgh needed! #LetsGoBucs #MVP