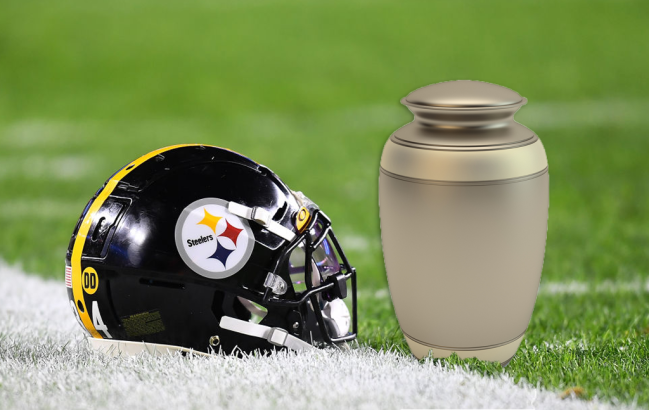 Heinz Field management is making itself abundantly clear: Steelers fans are not allowed to scatter a love one’s ashes inside the stadium. This statement comes after the stadium’s crew and first responders found themselves with an unusual situation on Sunday.

Shortly after Pittsburgh’s win over Denver, crews discovered that someone had released a relative’s ashes in the facility. The ashes were spread partially in the stands and on the edge of the field.

The thing is— it was completely legal. According to the Funeral Consumer Alliance of Pennsylvania, the state does not have a law that controls where one can scatter ashes.

However, it is suggested that those wishing to do so on private land ask permission of the owner. Here is what the team had to say:

“While we respect those fans who may be interested in honoring a family member by spreading their family’s ashes inside the stadium, Heinz Field cannot accommodate those requests due to state and local regulations,” Steelers spokesman Burt Lauten said.

Lauten said that fans have made similar requests in the past but the team has responded by saying that “this type of action is not permissible.”

Why? Well, according to Auburn professor of crop, soil and environmental studies Scott McElroy, grass on a football field can die from the practice because “there’s so much calcium phosphate that you’re putting on that leaf tissue.”

If the ashes were a concern for the turf, it leaves one big question:

What did the team do with the ashes found on Sunday?

Will that fan’s ashes remain on the field? If the team did remove the ashes or clean them off of the field, is that considered desecrating the dead?

However, if it’s not against state law, can the team even take action if it wanted to?

Regardless of what happens, the Steelers can’t physically clean up every last bit of the ashes. And thus, the fan’s legacy will live on forever at Heinz Field as he or she likely had hoped.

May he or she rest in peace.