P.J. Fleck Looked Nothing Like P.J. Fleck During Minnesota Spring Practice And It Makes No Sense 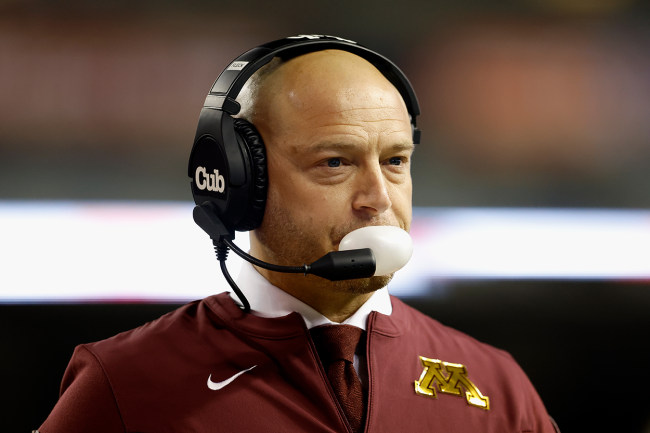 Minnesota football began 2022 spring practice on Tuesday and head coach P.J. Fleck began his sixth year with the Golden Gophers. However, he didn’t look like himself during his post-practice press conference and it simply doesn’t make any sense.

Fleck, who shaves his head, has a very distinctive look to him. His personality is one of the best in college football and he is extremely expressive with his face.

And yet, on Tuesday afternoon, there was no expression in his face. Again, it just doesn’t make any sense.

Here is how Fleck looks in his official Minnesota Athletics headshot: 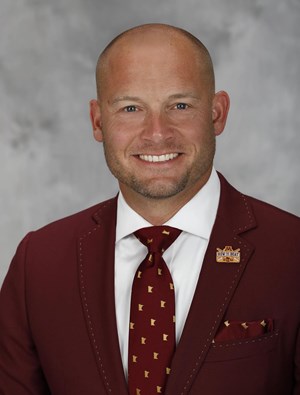 Here is how Fleck looked during his press conference earlier this week:

PJ Fleck said today #Gophers RB Mo Ibrahim "is going to practice" this week before starting to observe Ramadan, which requires fasting from sun-up to sun-down.

"Mo is good. Mo is ready to roll." @FOX9 pic.twitter.com/ICkeqVlRUQ

Sure, obviously there are glaring similarities between the two Flecks, but at the same time— they’re just not the same.

It’s probably the same P.J. Fleck, but how are we to know that there isn’t an Avril Lavinge clone conspiracy situation going on? We don’t.

Here is another example of how Fleck’s look has somehow changed between last season and the first day of spring practice in 2022:

People aren’t talking enough about the fact that the person taking press conferences for PJ Fleck is clearly not PJ Fleck pic.twitter.com/bdYhwiQhGh

The glaring difference between the official team photo and his presser comes with the wrinkles and lines on his face, for which there are none. The likely answer is that the lighting on Fleck during his press conference earlier this week smoothed him out, almost like an Instagram filter.

There is also another theory:

Call me crazy … but did PJ Fleck get work done in the offseason?

Again, it is probably the same P.J. Fleck, but we don’t know. Something to keep an eye on throughout the fall. Is this man an imposter?