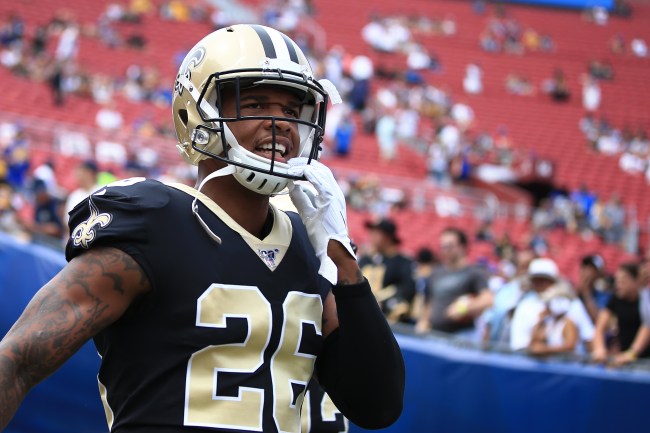 It’s preposterous to think that the outcome of a game–any game–would be used as an excuse for blatantly breaking the law.

Excccccept maybe the Saints devastating loss to the Rams in the NFC Championship, when the Saints fell victim to one of the most egregious non-calls in, dare I say, sports history.

So that’s exactly what the girlfriend of Saints cornerback P.J. Williams tried to do after her beau was pulled over by the New Orleans Police Department just after 1 a.m. on January 23, 2019, two days after the Saints were robbed of a trip to the Super Bowl.

Williams was reportedly cited for driving while intoxicated, speeding, improper lane usage, and failure to use his turn signal.

TMZ Sports has released a video from the DWI arrest, which is admittedly very entertaining.

The video begins with the officer detailing why he pulled Williams over.

The officer then had Williams perform a field sobriety test after catching a strong whiff of alcohol coming from his Range Rover. He failed, and was subsequently cuffed.

Williams’ girlfriend then attempts to plea with the officer, saying that Williams didn’t drink much. The officer then replies, “He drank a lot. I bet my paycheck on it.”

The sequence on the #Saints sideline after the #Rams no-call pass interference that should've ended the game is heart wrenching. pic.twitter.com/mYJ2smOObZ

“That doesn’t concern me,” the officer said.

It remains, there has still been no justice for that unforgivable injustice.