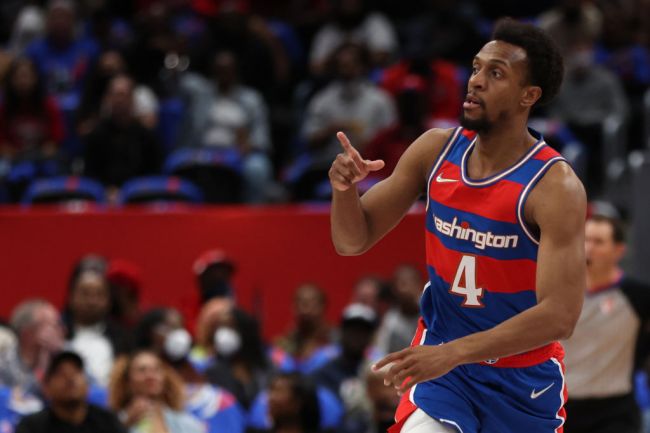 The Denver Nuggets and Detroit Pistons agreed to a trade today that might fly a bit under the radar, but could actually lead to NBA history being made.

The trade will see Monte Morris and Will Barton head to the Washington Wizards while Kentavious Caldwell-Pope and Ish Smith will move to the Nuggets.

Denver is nearing trading Monte Morris and Will Barton to Washington in deal for Kentavious Caldwell-Pope and Ish Smith, sources tell @TheAthletic @Stadium.

With the trade to the Nuggets, Smith now joins his 13th NBA team, which would set a league record once he actually appears in a game for them.

During that time he has made two stops in both Philadelphia and Washington.

It’s surprising to see how frequently Smith has been moved around the NBA throughout his career as he has been a productive role player at every stop since joining the 76ers during the 2014-15 season. Now, he’ll likely serve as the backup to Jamaal Murray as he returns from the injury that cost him the entire 2021-22 season.

At this point, though, you have to wonder if he’ll remain in that role past the NBA trade deadline or if we’ll see the Nuggets trade Smith to a 14th team before the season is over. With the way he has moved around the league throughout his career, it wouldn’t be all that surprising to see him keep adding to this record.