NFL Players To Avoid In Your Daily Fantasy Lineup In Week 12, According To A DFS Expert 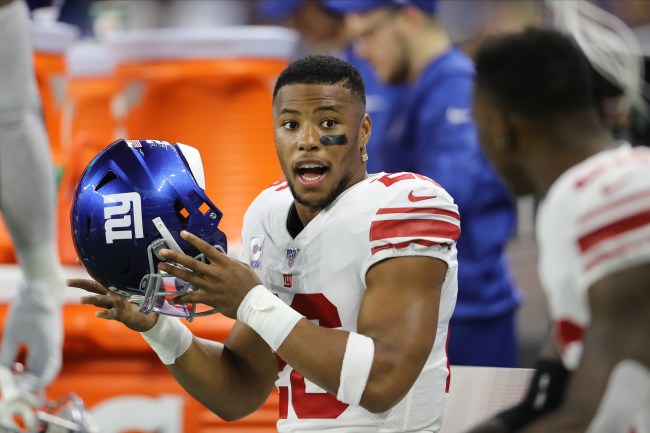 Welcome back to the week 12 edition of Friday Fades. This is where we identify three players who might have high ownership, or are overpriced based on their matchup this week. Let’s see who we are avoiding this week.

QB Drew Brees NO $6600
The Panthers have been a defense that has invited opponents to beat them via the run all year. With a strong offensive line, and a home favorite of 10 points, there is an easy path to seeing the Saints jumping out to an early lead, and grinding the clock down on the Panthers. As the third highest QB on the slate, I just don’t see the opportunity for a ceiling game out of Brees here, and we can save money further down the list, and pay up at other positions.

Saquon Barkley NYG $7900
Saquon’s always got the opportunity to blow up, and has a relatively high floor because of his dominance in the passing game as a receiver. However, facing a tough Chicago defense, in a game likely to be trailing, I’ll be fading Saquon. Jaylen Samuels, now that Conner has been ruled out, looks much better for $700 dollars less. I still think Saquon has a blow up game or two left this season, but I don’t see it happening here.

WR Michael Thomas NO $9300
Thomas has been amazing this year, a real model of consistency. You can pretty much lock him in for 12 targets and 100 yards on a weekly basis. That’s great, but the game flow might not be in his favor to get much more than that. With Julio being in a fantastic spot at $1300 less, it’s just hard to justify paying up for Thomas this week. It’s not the kind of fade where you want to watch the game and watch Thomas and root against him…but hopefully at the end of the game, he puts up his usual great numbers, but they aren’t insane where we regret not paying all the way up.

Good luck this week and hopefully we’ll see one of you at the top of the leaderboards!