Three Must-Have NFL Players To Draft In Your Daily Fantasy Lineup In Week 2, According To A DFS Expert Who Crushed Week 1 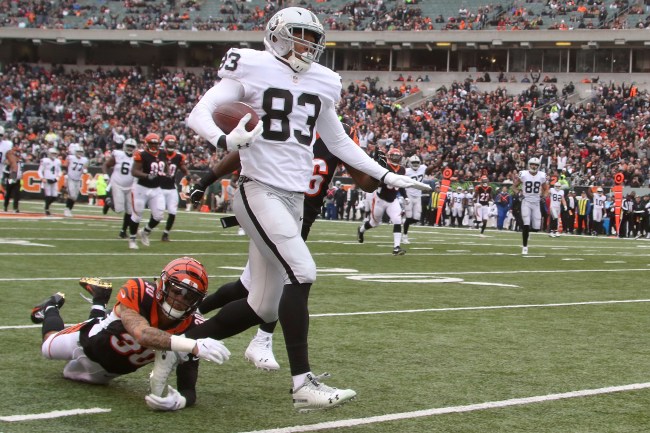 And if you’ve been following along with our who to play, who to fade advice, you had a solid foundation to cash in on DraftKings.

Carson Wentz crushed for cheap, Chris Carson came through with two touchdowns, and Dede Westbrook, despite his QB breaking his collarbone, still scored a touchdown and double digit fantasy points for dirt cheap at WR. We were also able to avoid the Tyreek Hill dud because of injury, a subpar effort from Todd Gurley, and a performance that was average at best from Russell Wilson for an expensive salary. My mission is never to steer you wrong *pats self on back*.

Let’s have a look at who we should start our lineups with going into Week 2 and keep the good fortune going.

Gio Bernarnd RB Cin $5300
It sounds like Joe Mixon is going to miss this week’s game against San Francisco, so keep an eye on that. If he is ruled out, building your lineup around Mixon is a smart idea. In four games without Mixon, Bernard is averaging 18 touches per game. At only $5300 on a PPR site like DraftKings, Bernard should crush. Couple that with a mediocre at best defense in San Francisco, and Bernard could easily be handing us 18 points or more on the cheap.

Michael Thomas WR NO $8000
This week, I am going to do my best to get Michael Thomas in my lineup. In last years regular season game against the Rams, Thomas saw 15 targets, hauling in 12, for 211 yards and a touchdown.  Last week against the Texans, Thomas got 13 targets, bringing in 10 for 123 yards. I expect Thomas to dominate this game, easily surpassing 100 yards and getting in the end zone this week.

Darren Waller TE Oak $3300
Waller is an athletic freak, a former wide receiver turned tight end. Jon Gruden deployed him as such in Week 1, moving him all over formations, including splitting him out wide. Waller led the team in targets with 8, catching 7 of them for 70 yards. In an expected shootout, and probably playing from behind this week against the Chiefs, Waller is super cheap, and has the upside to potentially win you a tournament.

As always, I’ll see you fellas at the top.