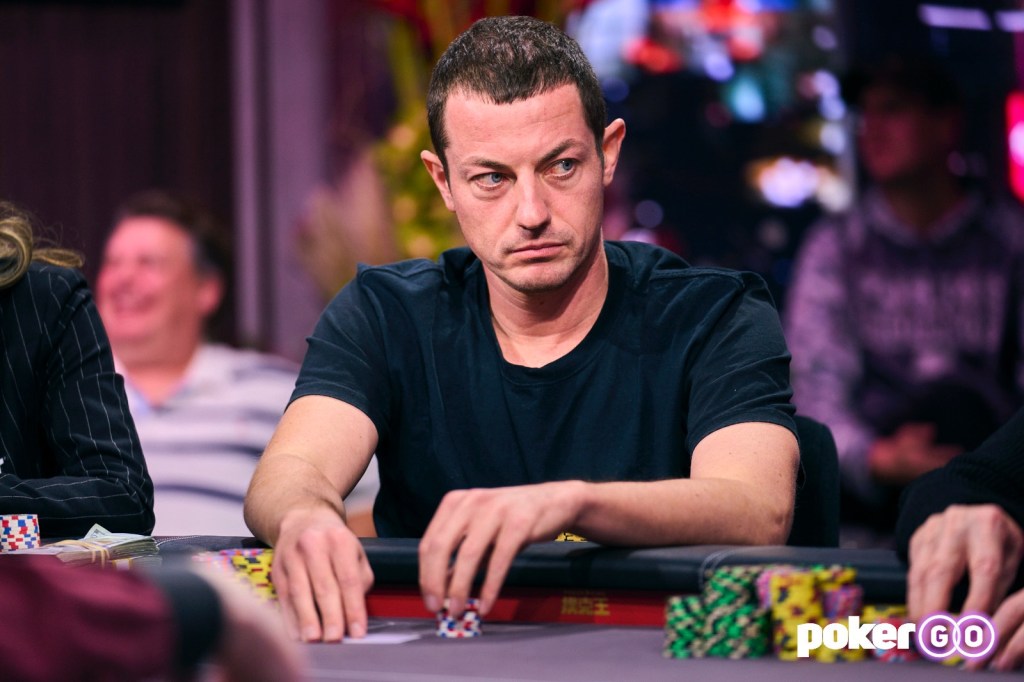 Tom Dwan has built an incredibly successful career as a professional poker player. He’s reportedly earned nearly $780K in WSOP money, over $500K in World Poker Tour cash, but he’s really raked it in with $4,489,505 in casino tourney winnings.

If you came to love the sport of Poker by watching ESPN’s WSOP coverage then Tom Dwan aka ‘durrrr’ might not be a name that rings a bell but he’s been around the game for decades and has been featured on multiple seasons of NBC’s Poker After Dark and on PokerGo’s High Stakes Poker. Here we get to see him rake in a pot worth nearly a million dollars in cash.

I’m not accustomed to seeing a million dollars in cash change hands. That’s part of what makes this hand so special. Another aspect that sets his hand apart is how they actually run it three times. That means each player keeps their name starting (or ‘hole’) cards but they run the five cards on the board three times giving each player three chances to win. I don’t want to spoil how each hand plays out so let’s just watch it, shall we?

The other poker players in that hand have seen immense success. Jean-Robert Bellande has won 1 WSOP bracelet, made 4 final tables, and earned $2.1 million in WSOP tourneys in addition to the $2.97 million in casino tournaments he’s won. And I can’t find much on Lynne Ji’s career earnings aside from lots of listings as ‘pro player’. But my point is this is PokerGo‘s High Stakes Poker and not an easy cash game.

While we’re here I thought we should also watch this clip of Daniel Negreanu vs Garrett Adelstein. This is also from High Stakes Poker and it features a master at work.

As I’m sure you’re well aware, Daniel is one of the most accomplished poker players in history. He’s one of the most observant human beings I’ve ever encountered. Garrett Adelstein must’ve spotted something in this situation to push all of that money in the middle so let’s check out the hand:

I’d be interested to hear some feedback from any pros out there reading this on what Daniel should’ve done differently from the onset or if he played it correctly. Was straight calling the 4th bet with pocket 10s the correct play? Should he have shown more aggression out of the gate? You could run this hand many times and it won’t end with one of the players going all-in so what should Garrett have done to signal more strength out and convince Daniel of his bluff? Let us know in the Facebook comments or on Twitter at @casspa or @brobible!