Porsche And Audi Are Entering F1 – Here’s What That Means 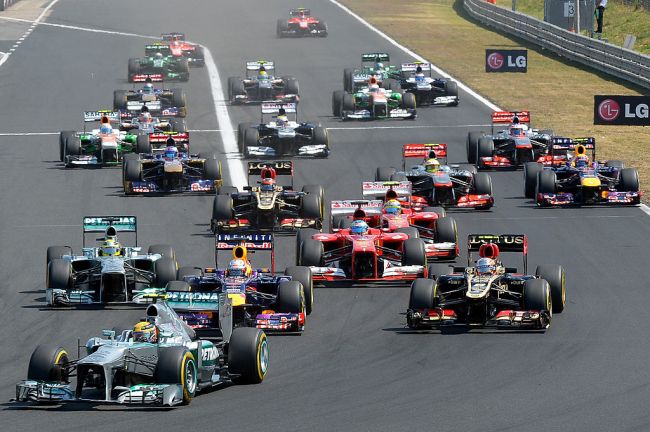 After months of swirling rumors, Volkswagen has confirmed its premium brands Porsche and Audi will be entering Formula 1. That’s right, the pinnacle of motorsport will see a couple of new manufacturers on the grid. That said, fans will have to wait until the 2026 season to see the move happen.

During a Q&A session via YouTube on May 2nd, VW chief executive Herbert Diess answered questions about the German automaker’s decision to enter the highest class of motor racing. Since we’re still a few years out, here’s everything you need to know for the 2026 Formula One season:

Why Are Porsche And Audi Entering F1?

Formula 1 is growing in popularity thanks in part to Netflix’s Drive to Survive series, as well as the introduction of new circuits like this weekend’s Miami Grand Prix. So, the move into the sport is one that makes complete sense, according to Diess.

Next to Volkwagen’s China business, the Porsche and Audi brands are the group’s most important income suppliers. Diess insists that this new venture into Formula 1 will bring in more money than it would cost. Not to mention, representation on the global front in the highest class of motor racing is sure to bolster returns as well.

“Porsche has to be the sportiest car brand in the world – so Porsche has to do motorsport,” he said. “And you come to the conclusion: if Porsche does motorsport, the most efficient thing is to do Formula 1. You almost have to put a check mark on that.”

It’s been several decades since we’ve last seen Porsche involved with Formula 1. So fans are excited to see them back…

Why Are Porsche And Audi Waiting Until 2026?

As much as we’d love to see Porsche and Audi on the grid in the 2023 season, it’s not that easy. The sport is intensely competitive and success can be determined by quite literally 1/100th of a second—as seen in the 1971 Italian Grand Prix.

With Mercedes winning the last 8 World Constructors’ Championships in a row, improvement is clearly hard to come by in the sport. Diess further explained the reasoning during his YouTube Q&A session:

“As Markus Duseman [chairman of Audi and former BMW F1 headed of powertrains] always tells me, you usually make up one second per season on a medium-sized race track simply by optimising details. But you can’t catch up on that when you join a new team: you need five or 10 years to be among the front runners. In other words, you can only get aboard if you have a major rule change.”

Luckily for Audi and Porsche, such a rule change is coming in 2026 by way of new sustainable power units. Formula 1 just recently finalized its new engine regulations for the 2026 season, which sealed the deal for the two brands’ entrances.

Who Will Audi And Porsche Join In Formula 1?

While no official announcements have been made about how the two brands plan on joining the existing pool of teams in Formula 1, it’s worth noting the brands are committed to entering separately.

Porsche has been heavily linked to Red Bull, who are coming off Max Verstappen’s Drivers’ Championship last season. And when looking at the team’s current engine provider, it’s a collaboration that makes perfect sense.

Following Honda’s official exit from Formula 1, Red Bull Powertrains was formed to supply the team’s engines. The thing is, Honda is still assisting Red Bull with these engines. So in reality, these are still Honda engines, just under a new name. With new engine regulations coming in 2026, the possibility of a new partnership with Porsche is most definitely an appealing prospect for Red Bull. On top of that, the two have a history, having previously collaborated in the World Rally Championship.

On the other hand, Audi’s plans to enter F1 are much less clear. Initial speculation pointed toward a deal with McLaren, however, both companies have denied such. Further reports have suggested Sauber, Williams, and Aston Martin as more likely options now.

Porsche know what its plan is. Audi’s working on it. I’d venture some teams need to rethink their actual value. Opportunities like this come along once. #F1 https://t.co/UK0R2ir92D

Who Has The Better Chance Of Success?

According to Diess, Porsche is far more equipped to compete in F1 currently. However, he believes Audi actually has the greatest potential for success. As the weaker of the two brands, joining Formula One allows Audi to move into higher segments and into competition with Daimler, of which Mercedes is a subsidiary. However, until further details are announced, we’ll just have to wait and see where Porsche and Audi will line up on the grid.

With exciting young talent, more circuits, and now new manufacturers coming, the future is looking bright for Formula One!