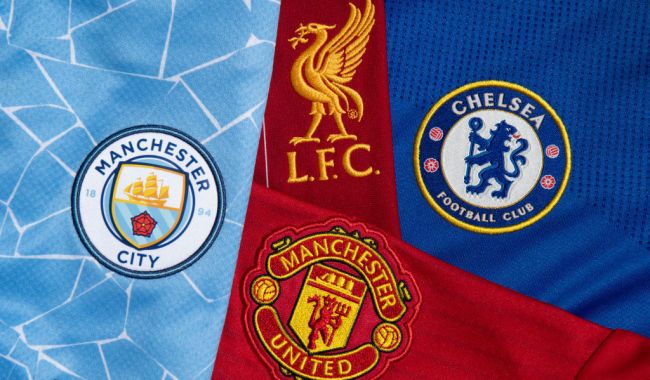 Whether we’re in a pandemic-riddled world or not, soccer never sleeps, with the Premier League already kicking off their new season this weekend, so let’s dive right into the contenders.

In case you haven’t already heard, Manchester City has already done some business this summer, making former Aston Villa star Jack Grealish the most expensive English player ever to the tune of £100 million. It’s the sort of signing that only a few clubs in the world can make.

Now, while Grealish is an excellent, potentially world-class footballer, the thing with City is that their floor is so high, raising the ceiling becomes all the more difficult. These days, you can pretty much pencil City in for, at least, 90 points per season. They put up 86 last year (win), 81 the year before (second to Liverpool), 98 in 18/19 (edging Liverpool to the title by one point), and 100 in their historic 2017/18 season — which, to be fair, featured a much weaker Premier League. The league is much stronger these days.

As a winger — or if Pep decides to slide him back into midfield — Grealish probably adds, what, another four or five points to this squad’s total? In a Top 4 this tight, that could be the difference. Now, if City does land Harry Kane for another £150 million, not only will they (once again) be laughing in the face of Financial Fair Play rules, but they’ll be adding a player who could, if healthy, make City a truly unstoppable force. Here’s to hoping that Tottenham holds their nerve.

It’s tough to argue against the merits of the current Champions League holders, as they’ve not only now had a full preseason with their world-class manager Thomas Tuchel — who was hired in the middle of last season — but they’ve added one of the world’s most dominant #9’s in Romelu Lukaku, who the Blues brought in from Inter Milan for £100 million.

One of the league’s most defensively sound units last year — their 36 goals conceded was just second to Man City’s 32 — Chelsea’s main issue last season was finding the back of the net as then new-signing Timo Werner failed to live up to the expectations placed on him as Chelsea’s new striker. With Lukaku, Chelsea now boasts one of the most physically dominant players at the position who’s already proven he can do it in the Premier League.

That said, questions about Chelsea’s thin central midfield remain. While N’Golo Kante can be the league’s best player on his day, his injury record isn’t the cleanest. Chelsea, of course, also have Mason Mount, Jorginho, and Mateo Kovacic — but that’s also *all* they have. Should one of these players get hurt, the other three will be asked to play every game. With Champions League football, that lack of depth is unsustainable.

An argument can be made that Chelsea’s recent success is perhaps not as long-term as it appears. Last season’s Champions League was — given the lack of fans at the ground and therefore the loss of the difficulty of scoring away goals, one of the defining characteristics of the Champions League — maybe the “easiest” to win in history. As for the league, they came in fourth behind an injury-ravaged Liverpool and lost to teams like relegated West Brom by a score of 5-2 late in the season. Chelsea should and will contend, but it’s not guaranteed. Not yet.

Liverpool’s defense of their first-ever was objectively pitiful. While the end-of-season form that saw them ultimately finish third was inspiring, there’s no denying that a 69 point season (nice) following a 99 point season is a massive regression. But, more so than perhaps any title-defending team in recent memory, they have a legitimate excuse and/or reason: they were absolutely gutted with injuries.

Beginning with a horrific challenge from the endlessly reckless Jordan Pickford that sent world class centerback Virgil Van Dijk to the sidelines for the rest of the season, the Reds would go on to see the rest of their defense gutted, fielding 20 different centerback partnerships during the 2020/21 season. It wasn’t until Jurgen Klopp was able to squeeze some consistency out of unproven bench players Nat Phillips and Rhys Williams that Liverpool found their form, ending their season winning eight out of their final ten matches (drawing the other two) to ultimately finish third, just five points behind Manchester United. That’s title-challenging form.

Heading into this season, Liverpool is as relatively healthy and rested as they’ve been in years: not only have three centerback returned from injury (Van Dijk, Joe Gomez, and Joel Matip) but promising 22-year-old Frenchman Ibrahima Konaté was brought in from RB Leipzig — they’ve turned a weakness into a strength.

When fully fit, Liverpool’s starting XI is as good as any in the league. Combined with their championship know-how and the pedigree of Klopp, they should have all of the ingredients to contend. On paper, at least. Given the reality of their financial situation compared to the likes of City, Chelsea, and Manchester United, Liverpool needs every last aspect to go right in order to truly contend for the title. If Jack Grealish comes in and has a stinker of a season, City is no worse off. When it turned out Timo Werner isn’t the player they thought he was, Chelsea splashed another $100M on Lukaku. Liverpool can’t do that. The defense needs to stay healthy and the front line of Mo Salah, Sadio Mane, Roberto Firmino, and Diogo Jota must live up to their potential. If so, the Reds will be right in the thick of things. But if any part of that alchemy is off, they’re likely in for another Top 4 battle this year.

After finishing second last season — albeit by a distant 12 points — the expectation is that Manchester United should challenge their crosstown rivals for the title this season. And on paper, they should, as their roster is one of the league’s best. On paper, that is.

Yes, the addition of Raphel Varane in defense gives United the world-class centerback experience they need, while adding the electric creativity and pace of Jadon Sancho up top gives them an entirely new offensive dynamic. But that offense remains a question mark, as you simply cannot predict what sort of numbers United’s front line is going to give them. Their top scorer last season, Bruno Fernandes, is a midfielder, and even his 18 goal total is inflated due to his penalty kick duties. Combined, the forward line of Marcus Rashford, Edinson Cavani, Mason Greenwood, and Anthony Martial accounted for just 32 goals last season. For context, Spurs’ Harry Kane, the Golden Boot winner, had 23 goals. That’s just not going to cut it when you’re trying to outpace Manchester City. Granted, the addition of Sancho should and will help, but Rashford is coming off shoulder surgery, Martial is a shell of his former self, Cavani is another year older, and Greenwood is still a teenager (a wildly talented teenager, but one yet to show consistency). Similar to Liverpool, in order to truly contend for the title, the Red Devils will need just about everything to go right up front, as subpar seasonal scoring performances won’t be enough to keep up with Manchester City these days.

Questions also remain about their defensive midfield, as well, particularly if Paul Pogba departs. Fred and Scott McTominay are decent players but certainly aren’t quality enough to be the engine-room of a title-winning side.

At the end of the day, I’m a Liverpool fan, and when this side is at their best, they’ve proven that they’re currently the only team in the league that can keep pace with Manchester City at full throttle. If City bring in Harry Kane, they’ll ultimately be too strong to compete with, as adding the England captain’s robust scoring output would make their firepower far too much for lesser teams to cope with. But as things currently stand, they’re ultimately more or less the same side they were last year, and last year, Liverpool would’ve challenged for the title had it not been for injuries. This year, the entire central defense has been restored, and while the departure of Gini Wijnaldum is a loss, Liverpool will be a better team than they were last year due to the return of core members they so desperately missed last season: not only were they devastated at the back, but central cogs such as Jota, Thiago Alcantara, and Jordan Henderson missed loads of time in their own right. Quietly, the key for the Reds will be returning Sadio Mane to his world class form. If they do, and the Senegalese striker puts up another 20ish goal season, Liverpool will have everything it takes to right the wrongs of last season. It won’t be easy, but it never is when it comes to Liverpool.